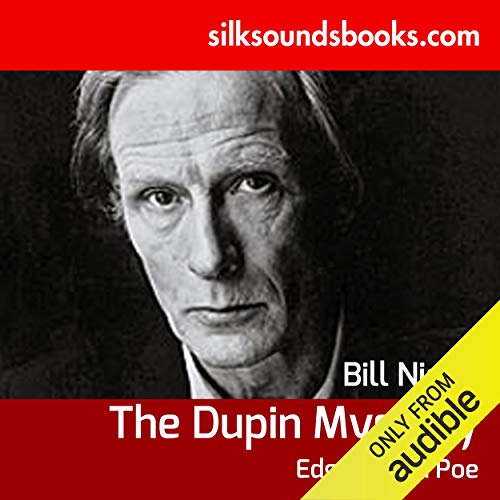 The three tales that make up Edgar Allan Poe's The Dupin Mysteries introduce us to the cracking character of Chevalier Auguste Dupin.

As a rationalist and practitioner of brilliant deduction, he was to become the template for most of the detective fiction that followed speedily in his wake. The first tale, "The Murders in the Rue Morgue", details a form of murder solving that was to become only too familiar. Using his extraordinary intellect, Dupin solves a seemingly baffling crime from the clues left by the perpetrator - clues overlooked by mere mortals like the police.

Narrated by his friend and admirer, and documenting an eccentricity that charms the reader into liking what would otherwise be an insufferable arrogance, the stories bear the obvious mark of what was to become the most famous of detectives: Sherlock Holmes. He is very much a Poe creation, with the gore and horror of the murder details described with a relish and a realism not allowed by many other writers.

What listeners say about The Dupin Mysteries

These mysteries are freely available in text on the internet, so it is possible to refer to the original after listening. Poe was very good at defining analysis, then employing the definition to solve, literally from an armchair, the puzzle. His writing suggests he was not only literate, but schooled in logic, languages, and mathematics. Many of his criticisms of police methods could be said of those today. This is a bargain!

Bill Nighy's reading of The Dupin Mysteries is the best imaginable performance of this extraordinary literary work. The timbre of Mr. Nighy's voice lends itself exquisitely to this content. His inflection and intonation bring these pages to life in a manner that is both soothing and compelling, and his pronunciation of French names and phrases is exceptional. I could happily listen to Mr. Nighy read these stories for days.

Bill Nighy was great! A really superb performance. I struggled with the story itself though. It was hard going

really loved this audiobook. Bill Nighy is one of the greats. So happy he read this.

Bill Nighy is a God!

I can listen to Bill Nighy read anything and enjoy it he. Has a certain timbre in his voice which makes everything sound superb

Extremely hard work wading through these

Poe's three mysteries featuring C. Auguste Dupin are The Murders in the Rue Morgue, The Mystery of Marie Rogêt and The Purloined Letter. They're all closely-argued philosophical discussions with very little action, and to modern ears it's rather like wading through thick cold porridge. The second story especially was so long and turgid that I had to keep pausing to give myself some respite. These stories might just possibly appeal to very logical minds, but even Bill Nighy's mellifluous tones couldn't save it for me. Returned very swiftly.