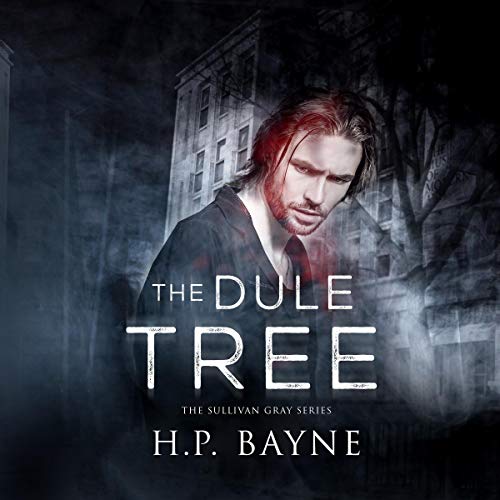 How do you find someone who no longer exists?

Two years after the supposed death of his brother Sully, Dez wakes up six feet under and six inches from death. With no air remaining, he is pulled back from the brink — by Sully.

The reunion is short-lived. Sully is kidnapped by a pair of masked assailants, leaving Dez desperate to find him.

In a small cell, Sully finds himself alone, but for a disturbed man and the ghost of a teenager he has always known only as the Purple Girl. As his time runs out, he begins to piece together a past he’d rather have left in the shadows.

And Dez, with the help of his estranged wife, a wounded private investigator, a dog, and a woman claiming to be Sully’s long-lost mother, races to unearth the clues that will lead to his brother — and keep him from having to bury Sully a second time.

What listeners say about The Dule Tree

Such a fantastic series!

Okay, first things first: if you want to truly enjoy this book, you need to listen/read Black Candle and Harbinger first. Each of the books might have a plot by themselves, but there is a bigger arc that is developing through them. Now, this book... this book is amazing. Two years after faking his death, Sully is forced to face the consequences of his acts when Aiden leads him to save his brother Dez, who has been buried alive. After Sully's death, Dez lost it. He began drinking and lost his job and his wife and daughter in the process. And until he discovers his brother is alive, he's not ready to try to get out of the gutter. But Sully is still in danger, and he's not willing to bring that danger to his brother doorstep. So he runs... right into the hands of... someone. And the only thing we know is that, whoever they are, they mean not good for him. A desperate race begins then, and while Dez tries to find Sully while deciding if he can trust the woman who has presented to him as his mother, Sully is dealing with ghosts of his past, the real and the figurative ones. As always, the mounting tension leads you to a breathtaking end, that will close the present plot, but not the whole story. We got a lot of info in this book, a lot of revelations on Sully's past, but they only open new questions, and the danger is never far behind. Another magnificent story, another favourite. A very recommended series. And, if all that wasn't enough, John Downey's narration is truly fantastic.