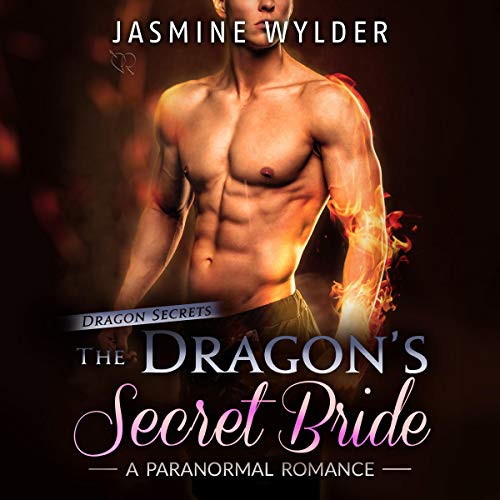 By: Jasmine Wylder
Narrated by: Craig A. Hart

He has sworn it. He has to protect the future emperor. No distractions allowed, no matter what. But fate has other plans.

Sizzling hot dragon shifter Bryant Chandler knows his determination. His mate is long gone and he has no plans to find another. Now he has sworn to protect the baby who will one day rule them all. No questions asked. But the day luscious Esther put her bounteous virgin curves in close proximity to him, all bets were off.

Esther Doran, an archeologist, has her own problems. She can’t find anybody to fund her dream dig, and is starting to think that life just doesn’t want to see her happy. Until she meets that hot dragon guard Bryant Chandler and sparks fly immediately.

And then, one drunken night ends with them being married.

Who cares if he’s the most delicious, gorgeous man she’d ever set eyes on? Love wasn’t in the plan.

But when Bryant's rival finds out about Esther and decides that she's the best way to take Bryant down, the two are forced together once more. And when a sexy dragon is the only thing standing between her and death, passions might just reach the boiling point.

Author´s Note: This is a 31,000-word stand-alone paranormal romance story with HEA, so no cliff-hangers! This story contains mature themes and language, and is intended for 18 and up listeners only.

What listeners say about The Dragon's Secret Bride

I have several books by this author and really like her style and character development. The characters are multi-layered and are flawed, as in real life. Bryant is loyal to the Emperor and the royal family and part of the security force guarding the Emperor. When Esther arrives to visit with her best friend, Dominique, also the Emperor’s mother, she is intrigued by Bryant. When he insists she needs to be frisked before she can go any further, she is not amused and tells him so. So, imagine her surprise when she wakes up after a night of drinking with the sexy dragon guard in a wedding dress. With a marriage license to boot. As a member of the Emperor’s Guard, Bryant cannot marry. There can be no distraction from protecting the Emperor. So he convinces Esther not to annul the marriage. Funny part, even though they both say there is nothing between them, they sure don’t act like that. Both of them are so stubborn that they just keep butting heads and refusing to admit what they feel. Bryant is so funny. He keeps making stupid choices and knows they’re dumb, but still does it. This book has a lot of action, a betrayal, revenge and new beginnings. Maybe there is even a story with Shane and Kayla somewhere along the line. I recommend this book to folks that enjoy a stubborn dragon and the woman who won’t give up on him.

I really enjoyed this book! I loved the characters and the how their story developed. Bryant and Esther are interesting characters. Imagine waking up in a wedding dress and married to someone who you are not suppose to marry. Since he is part of the guard he isn't suppose to marry at all. I enjoyed reading and listening to this story and thought it had a good mix of action, humor, romance and drama. The narrator did a really good job.

I totally loved the action and passion that was written in this book. It's amazing

Hot! Hot story read by a sexy hot voice. love this series. can't wait for the next one.

I enjoyed reading this series so much, I like Jasmine's writing style, her characters and the storylines so when the books became available on audio I couldn't wait to listen to them. I like to listen to books even after I have read them because I find that I notice things I may have missed while reading. Rather like watching a film, you have enjoyed for a second time.

When Esther received yet another refusal of funding for her Archeology dig the only thing she had to look forward to was her coming visit with her best friend and her new husband and their baby who will one day be Emperor. When she is refused entry by the guard on the door, she can't understand it and become angry her friend is expecting her, and this guy is just being too much!

Bryant may not thrilled to be a guard for the Emperor but it's a good job and makes a good defence against any women who want more from him than he wants to give, as whilst he's a guard he can't marry. He's not worried by that because dragons only have one mate in their life and Bryant had his. But this new visitor, Esther seems to have awoken his dragon, how? Why? Bryant tries his best to guard and do what is required of him, but Esther's presence is making his life difficult. How is he going to survive this?

Esther knows something about dragon shifters, her best friend is married to one and is the mother to the baby Emperor, so she is not taking any nonsense from dragon shifter guard at the door, even is he is handsome. Esther loves her life, and is determined to enjoy this visit with her friend, she's not taken time for friends, family or dating due to her work but now something makes her wonder if she should.

Later Bryant decides to go to a bar and drink and ignore the feelings he's had since Esther's arrival. But he spots Esther in a corner booth on her laptop. He asks her if she wants another drink and they start talking, then joking, somehow her V-card is mentioned and she says she's saving herself for marriage. Much more alcohol is consumed and then....... they wake in a hotel room together with a marriage certificate next to the bed. Esther tries to discuss a secret annulment with no one the wiser, especially as she's still a virgin. But for some reason, Bryan doesn't want to go that route.

What follows is a rollercoaster ride with Bryant resenting Esther because he's pulled off his important guard duty for the infant dragon emperor. Esther and Bryant both try to deny the feelings which have begun to emerge feelings which are definitely inconvenient, even forbidden, at least for Bryant. Will they be able to work something out?

The narration of this book by Craig A. Hart is well done, brings the story and the characters to life.

I was given this audiobook as a gift and am voluntarily writing my review.