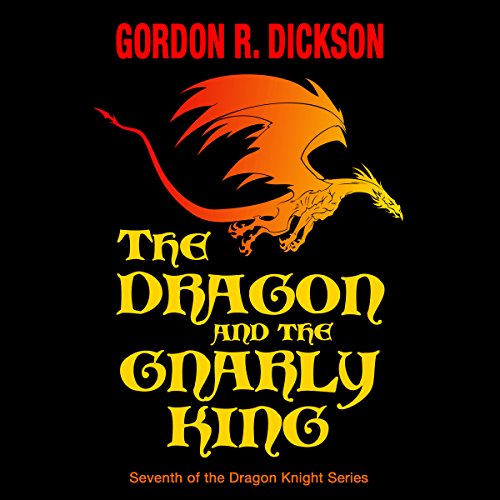 The Dragon and the Gnarly King

As a young mathematician, Jim Eckert was transported to a parallel medieval world where he found he had the ability to transform himself into a large but none-too-bright dragon named Gorbash. Jim Eckert's daring exploits have earned him a title - Baron de Bois de Malencontri et Riveroak - and he has settled down to a peaceful life as a feudal lord, with his beloved Angela at his side. But a new peril endangers his enchanted realm - as the King of the Gnarlies teams up with the Earl of Cumberland, Jim's longtime rival, to kidnap his adopted son, Robert. Soon Sir Jim must assume the shape of the Dragon Knight once again to rescue little Robert, and finds himself entrenched in a magical battle royal - one he'll have to fight harder than ever to survive!

What listeners say about The Dragon and the Gnarly King