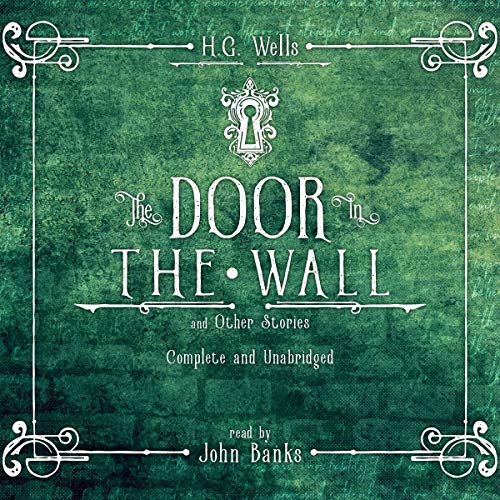 The Door in the Wall and Other Stories

A brand new collection of eight short stories by the master of supernatural suspense and thrillers, exploring science fiction and fantasy themes. The conflict between science and imagination is the major theme of the first story "The Door in the Wall", which was enormously popular when it first appeared. Today Wells's reputation rests almost entirely upon his science fiction novels, which include The Time Machine (1895), The Island of Dr. Moreau (1896), The Invisible Man (1897), and The War of the Worlds (1898), all of which are acknowledged classics of the science fiction genre and continue to be adapted into other media. "The Door in the Wall" is considered by critics to be Wells's finest short story. Included in this collection are: ''The Door in the Wall'', ''The Star'', ''The Crystal Egg'', ''The Cone'', ''A Moonlight Fable'', ''The Diamond Maker'', ''The Lord of the Dynamos'', ''The Country of the Blind'', and ''A Vision of Judgement''.

I enjoyed this. It took me a few times to get through (had to take breaks for the granddaughter), but worth it.

I loved the two longest stories in this book, “The Door In The Wall” and “The Country Of The Blind”. Most of the others felt a bit underdeveloped or repetitive, but the lively narration redeemed them a little.

Really good short stories. Good narration by John Banks only problem, there are no title names on the chapters so if I want to listen to a certain one, I have to tap each chapter and hopefully it's the right one. What's so hard Audible for you to put the titles on each chapter so they easy to navigate to.