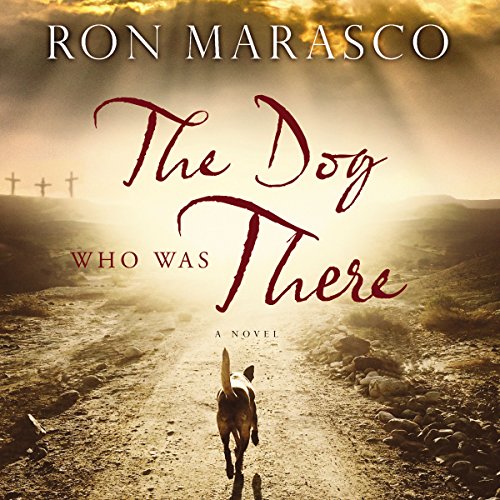 The Dog Who Was There

The Dog Who Was There

“If you need a spirit-lift, a book of hope, a read that will urge you to believe that hope is worth the risk, you are holding the right book. Do yourself a favor - read and enjoy!” (Max Lucado, New York Times best-selling author of God Came Near and Before Amen)

Relive the story of Easter through the eyes of man’s most faithful friend...

No one expected Barley to have an encounter with the Messiah. He was homeless, hungry, and struggling to survive in first century Jerusalem. Most surprisingly, he was a dog. But through Barley’s eyes, the story of a teacher from Galilee comes alive in a way we’ve never experienced before.

Barley’s story begins in the home of a compassionate woodcarver and his wife who find Barley as an abandoned, nearly-drowned pup. Tales of a special teacher from Galilee are reaching their tiny village, but when life suddenly changes again for Barley, he carries the lessons of forgiveness and love out of the woodcarver’s home and through the dangerous roads of Roman-occupied Judea.

On the outskirts of Jerusalem, Barley meets a homeless man and petty criminal named Samid. Together, Barley and his unlikely new master experience fresh struggles and new revelations. Soon Barley is swept up into the current of history, culminating in an unforgettable encounter with the truest master of all as he bears witness to the greatest story ever told.

“An incredibly inspiring and beautiful tale of a blessed journey of lessons learned as told through the voice of one man’s (and humanity’s) best friend, a loving dog named Barley. Ron Marasco transports both heart and mind heralding understanding and acceptance while weaving rich religious history within the pages of this unique adventure.” (Kristen Chenoweth, Tony and Emmy award-winning actress)

“Some of the greatest life lessons about courage, loyalty, trust, and patience...I’ve learned from my dog. Read The Dog Who Was There and learn an amazing lesson about faith.” (Andy Andrews, New York Times best-selling author of The Noticer and The Traveler’s Gift)

“The Dog Who Was There is a page-turning read that stops and opens the heart. Revealing profound truth with compelling grace, Ron Marasco offers a singular vision of the greatest story ever told.” (Beth Henley, Pulitzer Prize-winning playwright of Crimes of the Heart and The Jacksonian)

“The Dog Who Was There is a wonderful, engaging book that adds a completely new perspective to the Passion story. Ron Marasco has created a character in Barley who will entertain and inspire readers. The retelling of Christ’s ministry through the human characters connects the reader in a unique was to the Gospel message, but it is Barley who will charm people of all ages.” (Kevin Baxter, Ed. D., Superintendent of Catholic Schools, Archdiocese of Los Angeles)

A story of love, forgiveness and hope beautifully told

I enjoyed every moment of this story. Beautifully narrated by the author with imagination so much that I could close my eyes and visualize every scene. Well done! Not forgetting at the same time to share the gospel message.

Beautiful story. You will experience the meanness of humanity yet the depth of Christ's love and forgiveness . Narrator was expressive.

The dog who was there

tears, smiles, a chuckle ,happy tears ... What a wonderful re-acquaintance w my faith and every emotion in me. A must read or in this case listen. I loved it!

exceptional story from a dogs point of view.

you can imagine the sounds and smells through little barley. every member of my family has read this book. easy reading, heart warming, you just want to hug this little dog and keep him safe.

It's easy to listen to and gets emotional in some parts that bring the truth home.

I WOULD GIVE THIS BOOK 10 STARS IF I COULD!

A great take on a well known story

What an interesting way to tell this old story. it gives you a close look into the historical times. I grew up knowing the story of the last days of Christ but this gives you a deep background into the people of the times. I truly enjoyed the view from the dog.

What did you love best about The Dog Who Was There?

I loved how all of the characters were interwoven. It seemed realistic and believable.

He brought feeling to each character in a way that made them relatable but not overly dramatic.

If you have furry children, have Kleenex ready.

I expected, well hoped, for the provided ending but it was gut wrenching trip. The writer / narrator almost put it on the HD screen for me.
This is a parable for today.

PS: I think the narrator sounds like Peter Jurasik as Howie Sanders in the Longest Ride.