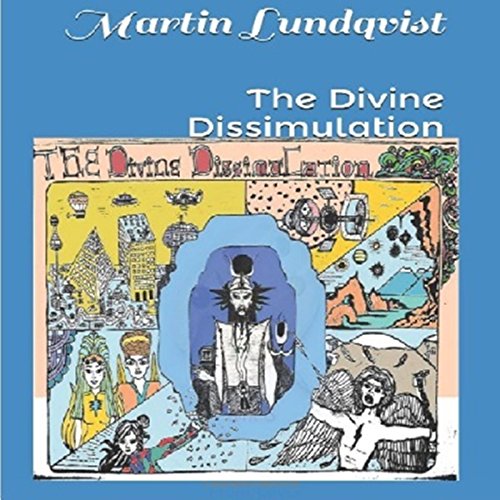 In the distant future, the villainous trillionaire, Abraham Goldstein, funds a top-secret project to travel to the divine dimension and meet the god of his people. Upon reaching the divine dimension, he finds out that God is dead. He also finds the technology necessary to take God's place and become a god in the eyes of men.

Many years later, Abraham and his group of angels, a group of genetically engineered super soldiers, rule Eden, a world terraformed to simulate the holy land during the Bronze Age. They rule with terror and fear following the ancient laws, until one day when an accident turns Abraham’s closest angel, Lucifer, against him. It becomes an event that plants the seed of Abraham’s destruction. Meanwhile, an ancient force is conspiring in the background to make its return to our world.

What listeners say about The Divine Dissimulation

A great and original Sci-Fi tale

I loved this Science Fiction audiobook telling the story about how an evil and megalomaniac corporate tycoons spends his fortune extending his life and becoming the God of a bunch of prisoners on an artificial asteroid world.

In the beginning of the story the wealthy tycoon Abraham Goldstein funds a machine that will transport his consciousness to heaven before he dies. Once in heaven he founds out that his god is dead, and that the gods that humans worshiped in the ancient times were aliens who used their human devotees to fight in their interstellar wars.

In heaven he also finds mind control technology he can use to convince others that he is a god.

With this technology in hand, Abraham murders several of his family members in cold blood to make sure that no-one stands in his way. He then seeks the approval of the Terran Council, a G8 of the future to abduct a bunch of Martian prisoners to the artificial world of Eden where Abraham plan to play out the next step of his megalomaniac plan, to recreate the atrocities of the old testament in a faux Bronze Age setting where he takes the role as an almighty god.

For many years the evil Abraham torments the Edenite population until his accomplice Lucifer, who in fact, is a clone of his dead son Terrence Goldstein, rebels against his tyranny, forcing Abraham to choose between the love for his son and his love for power.

I love how this book follows the thoughts of the main villain and makes him relate-able. Most books follow the heroes quest but this author has dared to be different. The story also takes up issues like religious fanaticism and corporate greed without being too preachy about it, something that I enjoy.