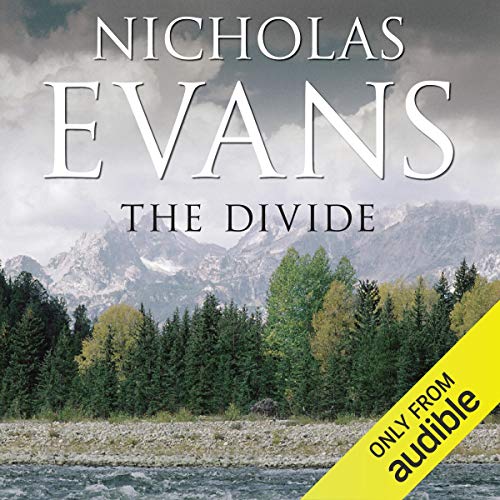 Two backcountry skiers find the body of a young woman embedded in the ice of a remote mountain creek. All through the night police work with arc lights and chainsaws to prise her out. Identifying her doesn't take so long.

Abbie Cooper is wanted for murder and her picture is on law enforcement computers all across America. But how did she die? And what was the trail of events that led this golden child of a loving family so tragically astray?

Nicholas Evans is one of Britain's best-loved authors. His previous four novels, The Horse Whisperer, The Loop, The Smoke Jumper and The Divide, have been acclaimed international best sellers, translated into 36 languages. The Horse Whisperer alone has sold 14 million copies worldwide, and was made into a celebrated movie directed by Robert Redford.

"A journey of discovery and redemption." ( Belfast Telegraph)
"A convincing and moving novel interlaced with wonderful descriptions of the Montana countryside." ( Daily Mail)
" The Divide is genuinely affecting." ( Sunday Times)

What listeners say about The Divide

The Divide by Nicholas Evans

What a lovely book, it kept me enthralled to the very end. Well written and well read. Thank you.

loved it could not stop listening to the book Nicholas Evans has a way in which you become so invested in the story it becomes impossible to stop reading/listening have loved Nicholas Evans ever since the horse whisperer have read every one of his books and have been enthralled by the way that he takes you there as if you were the character yourself even my two younger boys ( both under twelve) couldn't believe that I had finished it so quickly. so thankyou Nicholas Evans for once again giving your readers another magnificent book. will listen/read it again soon but now have the horse whisperer, the loop and smoke jumpers now to listen/read again as I have all ready read these books hard copies so much that they have almost fell apart. didn't think much of the narrator myself but he did keep me enthralled. would love to read more books by Nicholas Evans have read them all I'm talking about all new books.

I really like this author. He tells a great story. Really gets you deep into characters of the book. Although I prefer different narrators for different characters this narrator does a good job of it. After listening to this novel I immediately went to find another by the same author.

I loved it. It kept me emotional even angry at thr characters who knew what they do wrong but couldn't get themselves to ask for help. Real lofe struggle. And it made me cry obviously...

I have always liked Nicholas Evans books but haven't read one for a while. This was up to his usual high standard and I will re visit his previous novels having enjoyed The Divide so much. His ability to span the lows and depths of human emotion is brilliant. It is a shame he hasn't written more novels.