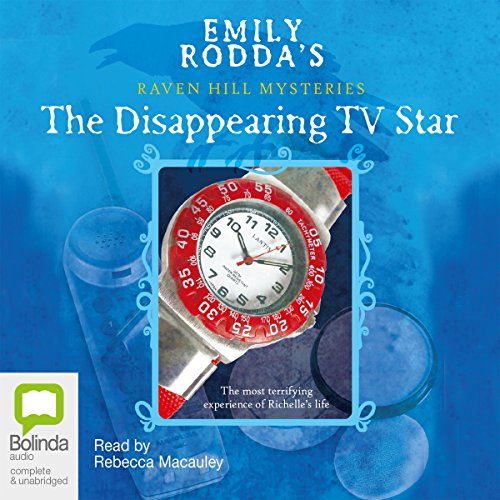 This story, geared for tweens, is a puzzle that gives clues as it unfolds, allowing young listeners the chance to solve the mystery before the audiobook ends.

The Disappearing TV star, performed like a sassy Australian teenager by Emily Rodda, is about a lively and quick-witted girl, Richelle, who is hired, along with her Teen Power gang of friends, to act as extras in a commercial.

The intrigue begins shortly thereafter, when a young, rich, and fabulous television star, who also happens to be a pampered brat, disappears. Was she kidnapped? And if so, who did it and why? Can Richelle and her feisty crew - and the listener too! - solve this mystery?

From the author of the Deltora Quest series comes a classic children's series in the tradition of The Famous Five.

Richelle is delighted when the Teen Power gang is hired to be extras in a TV commercial for a new candy bar called The Lot. Is this her big break? Her chance to get into modeling or the movies? At last they've found a job that's interesting, and trouble-free.

But her plans for this glamorous new job don't include getting mixed up with spoilt teenage millionaire TV star Cassandra Cass.