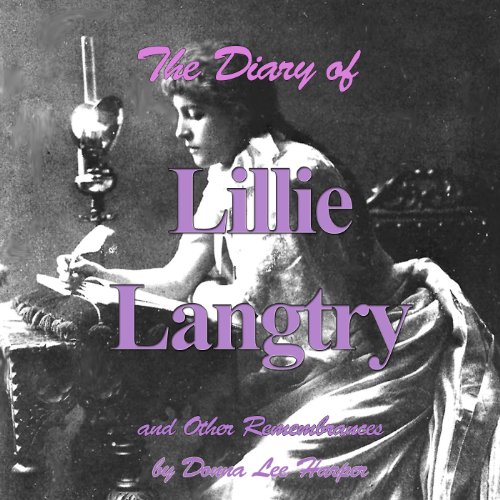 The Diary of Lillie Langtry

She was acknowledged as the most beautiful woman in the world but she wanted more than accolades from artists and photographers. She soon became the mistress of Edward Albert, Prince of Wales and future King of England, then turned her talents to acting, her ultimate triumph. At first people came to see her out of curiosity, but she quickly won them over with her beauty, charm and personality if not her acting talent. During her more than 30 years of performing in the United States, Lillie Langtry came into contact with numerous men and women who are now legends. Author Donna Lee Harper scribes Lillie's meetings with these fascinating people in a most unique way in one of the year's most entertaining books.

What listeners say about The Diary of Lillie Langtry

The absolute worst reader in the history of audio books. Fake English accent worthy of a backwoods high school trying to do a Noel Coward play. The book could have been good...I just could NOT get past Amateur Annie and her pathetic accent.