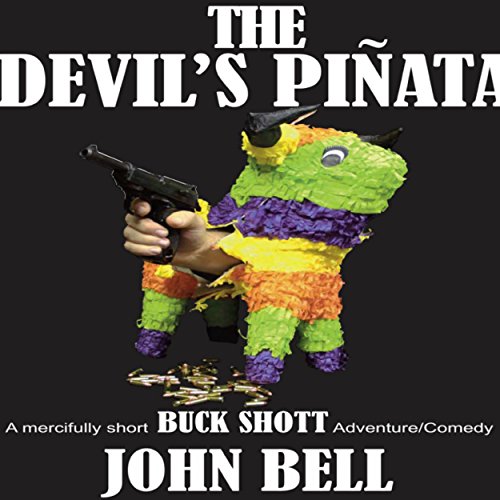 Buck Shott - adventurer, hero, Oreo-addict - is called into action to stop a plot to destroy the civilized world, not to mention the not-so-civilized. With his bravery, cunning, and general disregard for logic, Buck faces the evil leader of the small country of Babenstan, Lazlo Sonobavich, who is on the verge of launching an attack on the United States! Thrill to the action, puns, wordplay, funny jokes, not-so-funny jokes, really bad jokes, and action as Buck attempts to save the world!

What listeners say about The Devil's Pinata

Five stars or one star? Depends on your sanity!

Warning - the story is hard to follow so you'll need to listen to it several times for it to make sense except I could be wrong since it still doesn't make a lot of sense even after a few tries at listening.
I've never before listened to an audiobook that made me think it was produced, written and directed someone who obviously overdosed on reading Mad Magazines as a kid or this book was secretly produced by the guys who did the Airplane movies. Oh, and became a Weird Al addict in his adult life! It was a fun listen!