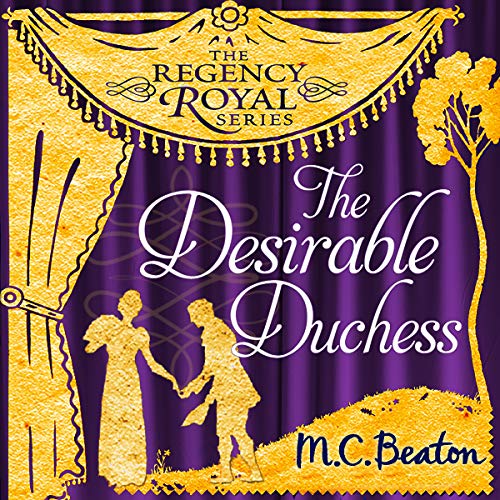 Lovely Alice Lacey was a true Incomparable, and her marriage to the Duke of Ferrant was the event of the Season. But almost none realised, however, that Alice was secretly in love with someone else - or that she had confided her feelings to a clever talking mynah bird who determined to announce these intimacies at the moment of the couple's wedding!

Now the gossip mongers were relentless. Alice's marriage had started out and remained cold and impersonal, and her new husband was already rumored to be taken with another woman. Before she even realised what was happening, Alice found herself in a world of opposites: she found out that the man she had thought she loved was something other than what he seemed, and the man she had married was something far more than she'd hoped.

Her last hope and redemption had to be convincing the man she had wed that they were in love.

What listeners say about The Desirable Duchess

As ever supreme Mrs Beaton

Lovely light story. Karen reads so well, such a pleasure to listen to. At right speed too..result.

a lot of fun

very well read! good story and enjoyable listen. the characters were fun, even the baddies