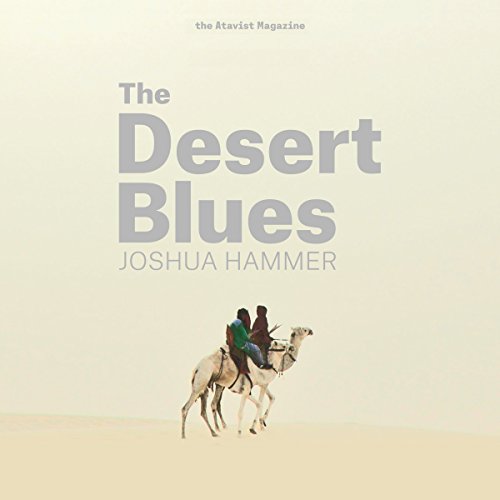 Manny Ansar and Iyad Ag Ghali had little in common - one was a politically connected intellectual, the other a rebel waging war on behalf of his nomadic people in the middle of the Sahara. They did share one thing, though: a passion for Mali's desert blues, a haunting mix of traditional music infused with the influence of Elvis Presley, Bob Marley, and Jimi Hendrix.

The Festival in the Desert was born out of that shared passion. A grand spectacle in Mali's desolate dunes, the festival attracted some of the most famous musicians in the world, including Bono, Jimmy Buffet, and Robert Plant. But as the music flourished, the friendship turned to enmity. Ghali, who once openly scoffed at religious piety, succumbed to the pull of radical Islam. Ansar, who couldn't fathom his friend's transformation, maintained the festival in the face of increasing threats of deadly violence.

In The Desert Blues, veteran foreign correspondent Joshua Hammer lays bare the longing at the heart of Mali's legendary sound, and brings to life the jubilant possibility the festival represented and the deadly drama that ripped it all apart.

What listeners say about The Desert Blues