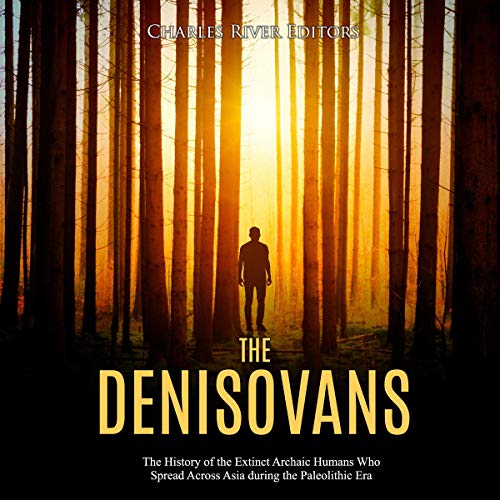 The History of the Extinct Archaic Humans Who Spread Across Asia During the Paleolithic Era
By: Charles River Editors
Narrated by: Daniel Houle
Length: 2 hrs and 21 mins
Categories: History, Ancient History

Historians deal with the last 5,000 years of human history, while paleoanthropologists go back more than four million years to when the first proto-humans walked the Earth. Although the subject of paleoanthropology covers a much longer chronology than historical studies, the study itself is actually fairly new.

As soon as man discovered writing, he began engaging in historiography (historical writing and philosophy), but paleoanthropology only really began in the late 1800s. As archaeologists began finding bones in European caves of a human race that was very different than any race in the modern world, the study of paleoanthropology was born.

The race of those early humans who were found in the European caves were later termed Neanderthals, and for quite some time, they were believed to have been the race from which many modern humans were directly descended. Over time, the remains of more hominin races were discovered, leading many scholars to postulate a definite evolutionary line from proto-humans to modern humans, but at the same time, it seemed more questions were raised.

Many anthropologists began questioning if the Neanderthals were direct ancestors of modern humans, and now, most believe that they were not, although scholars grant that they were closely related, and many modern humans do indeed carry some Neanderthal genetics. This debate was unsettled until recently, when new scientific knowledge and methods were utilized to answer some of the most important questions pertaining to early human and pre-human development. Advances in genetic testing have allowed the field of paleoanthropology to make great leaps, one of the greatest was when the remains of five individuals discovered in a Siberian cave had their DNA sequenced in 2010.

However, the results of the DNA testing dramatically changed the course of paleoanthropology once more when it was revealed that although the hominins from what is known as the Denisova Cave were closely related to Neanderthals, much more so than modern humans are related to Neanderthals, they represented a distinct species of humans. Scholars began examining this new hominin race - which became known as “Denisovans”, “Denisovan Man”, or Homo denisovan - for connections to the Neanderthals and modern humans.

The Denisovans: The History of the Extinct Archaic Humans Who Spread Across Asia During the Paleolithic Era looks at the evolution of these mysterious humans and examines the theories regarding their history.

What listeners say about The Denisovans