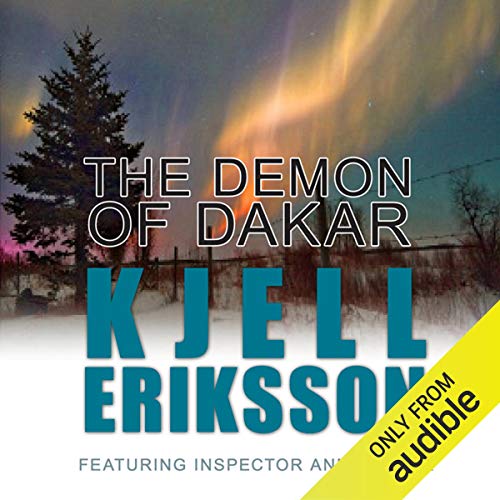 The Demon of Dakar

A naked man is unearthed from a river with a lacerated neck and the only clue to his identity is the remains of a tattoo that has been sliced off his arm. When a local drugs deal goes awry and another man is hospitalised with a similar wound, Inspector Ann Lindell and her team are called in to investigate. All clues lead back to the local Dakar restaurant, run by the gluttonous Slobodan Andersson. As Lindell delves deeper and is drawn into a dangerous maze of kidnap, blackmail, drug smuggling and betrayal, she must face a race against time to catch the killer. Already one of Scandinavia's crime-writing stars, Kjell Eriksson's third Ann Lindell mystery, is a thrilling display of brooding backdrops, unsettling suspense, and intriguing characters.

Translated by Let the Right One In's Ebba Segerberg.

What listeners say about The Demon of Dakar

I really did not enjoy this book....half the time I didn't have a clue what was going on! You reach a situation in the book...but due to massive gaps in the storyline you're not quite sure how you got there... very disjointed and confused, almost as if I was listening to it on "shuffle". I kept going to the very weak end but this book was not for me.