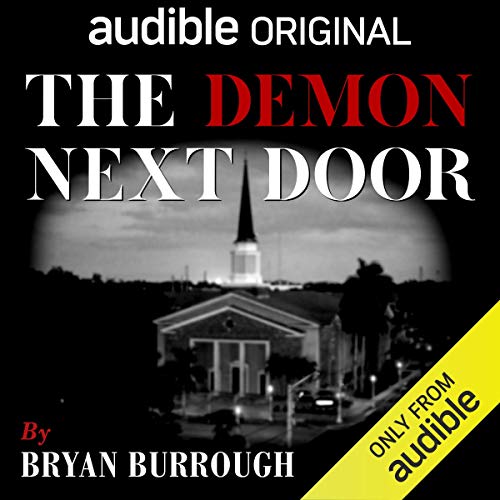 The Demon Next Door

Best-selling author Bryan Burrough (Barbarians at the Gate, Public Enemies, Big Rich) recently made a shocking discovery: The small town of Temple, Texas, where he had grown up, had harbored a dark secret. One of his high school classmates, Danny Corwin, was a vicious serial killer who had raped and mutilated six women, murdering three of them. Yet the town had denied all early signs of the radical evil that was growing within Corwin. What had led the local media to ignore his early rapes? Why had the local Presbyterian Church tried to shield him from prison? Why had local law enforcement been unable to solve and prosecute his murders as they continued?

Burrough is widely admired as a master storyteller, and this chilling tale raises important questions of whether serial killers can be recognized before they kill or rehabilitated after they do. It is also a story of Texas politics and power that led the good citizens of the town of Temple to enable a demon who was their worst nightmare.

This title contains mature themes, including physical and sexual violence, that some listeners may find unsettling.

What listeners say about The Demon Next Door

can not say it's the best audio book I've listened to but it was interesting enough to hold me t the end.

a dark and gory tale read like a children's story. imagine bad news being read as if it was good news, or pleasantly surprising news. just a really bad mismatch of tone. does not do the story justice.

Story is fairly interesting and this was free through Audible. However, I would have preferred a narration voice more grave and less like a Pepperidge Farm commercial, given the content.

Narrator not appropriate this was a serial killer book read by a preschool teacher.. very disappointing

Right now serial killer true crime history is a booming industry. Audible Originals adds to the growing collection of stories with 'The Demon Next Door', the story of serial rapist and murderer of three women, Daniel Lee Corwin. The blurb for the book suggests a giant cover up and conspiracy, an attempt by a town to ignore and/or hide the crimes. This is not the case. The first attempted rape, in the 1970s, was prosecuted. There is some disbelief that the person could have done it, but no conspiracy to bury the story like it is suggested. There is some suggestion of victim blaming but some members of the community, as attitudes towards victims sucks in the 1970s, but this is not a special case. The town wanted to forget about it, not because they were protecting Corwin, but because they wanted to move on from the torrid issue and not have it skew the review of the town forever. This original crime sees Corwin convicted, and he goes to jail. When he gets out in the 1980s (having only serves a quarter of his sentence) he goes on to attack more people, killing three. The fact he did this isn't the fault of the town. There was no conspiracy to hid his first actions, and that certainly didn't lead to a lighter conviction or his next actions. As for the final question of the blurb, 'Why had local law enforcement been unable to solve and prosecute his murders as they continued?' again it wanst' a conspiracy or a cover up. It was that evidence doesn't match him, descriptions from eye witnesses pointed away from him, his alibis are good, and so forth. General police procedural reasons. The story of Corwin is interesting, and it is in here is some fairly gory details, but it is not what is advertised. 'The Demon Next Door' is the story of the Corwin, with lots of quotes by people who knew him or were involved in the case. But it is not a collection of audio interviews with a guide filling in between. It is a single piece of writing, read by a single narrator. So more of a traditional audiobook experience, compared to a lot of the NPR/podcast styles that Originals often are. Narration by Steve White is okay. Nothing outstanding. He reads it fairly straight forwardly, in a well paced, clear voice. There is some enthusiasm, emotion and energy where appropriate, but no variation for quotes or things said by individuals. So sometimes it is not completely clear if the things being said are the author/guide vs being a quote. [If you enjoy this review please check out my other reviews. I review a lot of small press and indie books - support the small guys and you may find something new you will love]

The author is right, I've never heard of this man.

This was a good short read on a violent serial killer. I would have like a bit more from the detectives, doctors and friends to fill the story in, but as you listen, you see that's the point. No one wanted to make any extra efforts to figure this out.

Not sure how I feel about the narrator.

The story is intriguing, a murderer who is largely unknown and all but forgotten. I Googled him and the one and only website that mentions anything about the case, a few minutes before the writer mentioned said same website (that was a weird coincidence). Not sure how I feel about the narrator. He seemed a little too enthusiastic for the subject matter.

I was going to listen going to sleep...Bad plan

Riveting true crime. I’m always interested in the why’s. While we will probably never know why serial killers do what they do. The author’s speculations and telling of this sad tale kept me wide awake start to finish.

Quick short examination of the life and crimes of a serial killer. As like the investigation so many years ago this is barely a glimpse.

Interesting, but not fascinating

The story was merely interesting, but not fascinating. However, the narrator was very good and was really the main reason it held my interest.

Couldn't put it down!

I was shocked that it happened not very far from me! The author did an awesome job. It's good to know that someone out there hadn't forgotten and made sure to put this out there. Very intriguing!