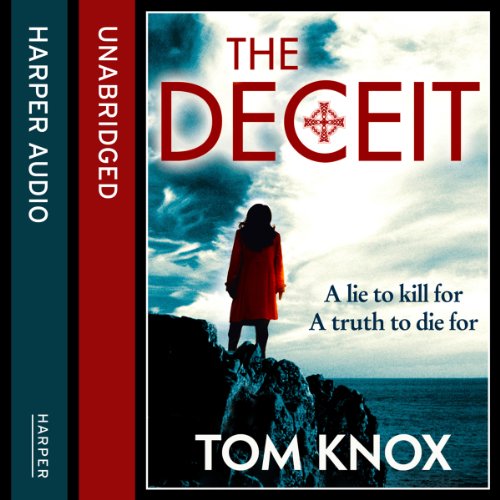 High-concept adventure thriller set in Egypt and Cornwall. What connects a lost hoard of ancient religious texts with a revival in satanic rituals? Perfect for fans of Wilbur Smith.

When a renowned historian is found dead in a cave in the Sahara, his former student Ryan Harper vows to find out what happened. Rumour suggests he’d uncovered a priceless religious text, obsessively hidden for centuries by a network of holy men.

Meanwhile, on Cornwall’s remote western moorlands disturbing rituals are taking place - rituals that appear to have Egyptian connections. Working the case, DI Karen Trevithick is caught up in a dangerous mystery that will threaten the person she loves most.

Will shake the world.

With the help of filmmaker Helen Fassbinder, Ryan finds himself in a race against time to decipher the ancient text. Pursued across Egypt by those who would use its secrets to devastating effect, Ryan draws ever closer to an unspeakable truth. A truth that will expose the most shocking deceit the world has ever known….

"Tom Knox knows the DNA of an astonishing thriller. The Marks of Cain is a compelling and frightening novel, and it may well be the most controversial thriller since The Da Vinci Code. Action, history, religion, and genetics combine for a gripping read that will keep you reading late into the night." (Jeff Abbott, best-selling author of Panic and Fear)
"Steeped in both blood and history and keeps up a scorching pace from start to finish." (Northern Echo)
"Knox writes with a clean efficiency. The characters are nicely wrought.… Best of all, Knox really knows his stuff and his discourses on ancient man, human sacrifice, demons of the mid-east and obscure pre-Judaic religions are all woven into the plot seamlessly. I'm reminded of why I always liked these type of books, because not only do the best ones grip and propel you through their pages but they also leave you a little more knowledgeable than when you started" (Shotsmag)

A good book with plenty of twists and turns in the plot. Dies a bit when talking about Crowley but all in all, worth every penny.

Would you try another book written by Tom Knox or narrated by Nick Taylor?

Possibly, but it wouldn't be my first choice.

To be honest, the main characters are fine but nothing standout.

Which character – as performed by Nick Taylor – was your favourite?

Nick Taylor read it well but no one particular favourite.

Did The Deceit inspire you to do anything?

Its OK but it isn't anything special.