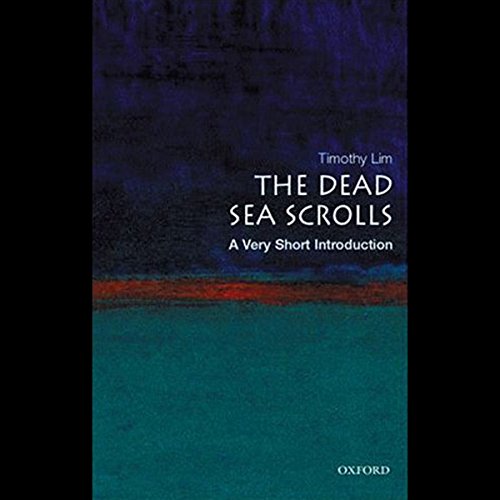 By: Timothy Lim
Narrated by: A. C. Fellner

Everyone has heard of of the Dead Sea Scrolls, but amidst the conspiracies, the politics, and the sensational claims, it can be difficult to separate the myths from the reality.

Here, Timothy Lim presents the true facts and leading theories behind the cultural and historical background of the scrolls, and examines their significance for our understanding of the Old Testament and the origins of Christianity and Judaism. Lim tells the fascinating story of the scrolls since their discovery and explains their cultural context through the archaeology and history of the Dead Sea region. He discusses the science behind their deciphering and dating, and does not omit the cast of characters, scandals, and controversies that have hastened the scrolls' rise to the status of cultural icons.

Beginning with their discovery in the 1940s, through the political, legal, and scholary controversies that still persist today, public interest in the Dead Sea Scrolls has remained exceptionally high. This is an accessible and well-written mini-history that will appeal to anyone interested in the true history of these fascinating documents.

A great intro to the dead sea scolls

This is a must audible for someone who isn't acquainted with The Dead Sea Scrolls. Listening to this intro will give you an insight on what the listener is about to get into. The Narrator is excellent!

What could Timothy Lim have done to make this a more enjoyable book for you?

Relate the scrolls to the bible more

He tries to make you an expert in interpretation of the scrolls. I wanted someone who is already an expert to tell me what they do and don't say.

Author too close to the subject to share it.

Although the concept of a popular primer on the topic is great, Timothy Lim is too close to the subject to communicate it to lay readers. While his academic credentials are excellent, he all too easily lapses into jargon and a passive voice that would be associated with an academic work. This is a brief journey through the subject for non academics and needs to be light and engaging, something that a popular writer or journalist with some distance from the story would have been better able to deliver.

Would you ever listen to anything by Timothy Lim again?

Not if there was an alternative.

What didn’t you like about A. C. Fellner’s performance?

His delivery has too much gravity and was often delivering a book that was already rather dry in the style a soporific bible reading.

Could you see The Dead Sea Scrolls being made into a movie or a TV series? Who would the stars be?