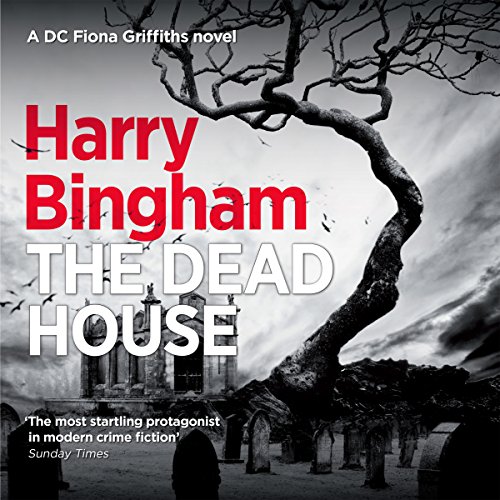 When the body of a young woman is found in an old 'dead house' - the annexe where the dead were stored before burial in medieval times - of a tiny Welsh church, it seems that past and present have come together in a bizarre and horrifying way.

For DC Fiona Griffiths, the girl - a murder victim whose corpse was laid out with obvious tenderness - represents an irresistibly intriguing puzzle, given Fiona's unusual empathy with the dead. And when her investigations lead her to an obscure and secretive monastery hidden in a remote valley, she finds that the dead girl is far from the only victim of a sinister melding of modern crime and medieval religious practices.

Only Fiona is capable of putting the mismatched pieces together in this disturbing puzzle, but immersing herself in this dark and obsessive world could threaten her fragile grip on her own sanity.

What listeners say about The Dead House

Another brilliant story by Harry Bingham

I love this book series, it is dark, intriguing and at times, humerous. The narrator is fantastic.

Where does The Dead House rank among all the audiobooks you’ve listened to so far?

It's one of the best

What other book might you compare The Dead House to, and why?

I have preferred this book out of all the Fiona Griffith stories. An excellent plot .

Which character – as performed by Siriol Jenkins – was your favourite?

In this story definitely Fiona

I now have to sadly wait till the next instalment 🙁

Sad that book 5 is the last. But hope there will be more to come

The Fiona Griffiths books are amongst some of the best I have ever read/listened to. Fiona is a fascinating character and I love discovering more about her life. This book is full of twists and turns and unexpected developments. Siriol Jenkins is the perfect narrator. I really didn't want the book to end.

A wonderful bit of escapism, beautifully written by Harry and beautifully read by Siriol. Have loved them all!

An original and engaging series.

This series just keeps getting better and better. Heart pumping and terrifying moments, be warned x

As weird and wacky as it gets. Probably the most implausible Fiona investigation to date, but that's what makes it all the more exciting. Fiona is as strange as ever in this fifth adventure, which I've already read once and listened to twice, that's how great it is.

She's as mad as a spoon and crazy as a bag of frogs, and I'm not sure I'd want her come to my aid if I needed help, but for some reason I love Fiona Griffiths. Despite some rather gruesome descriptions, I have really enjoyed this whole series. Looking forward to what comes next.