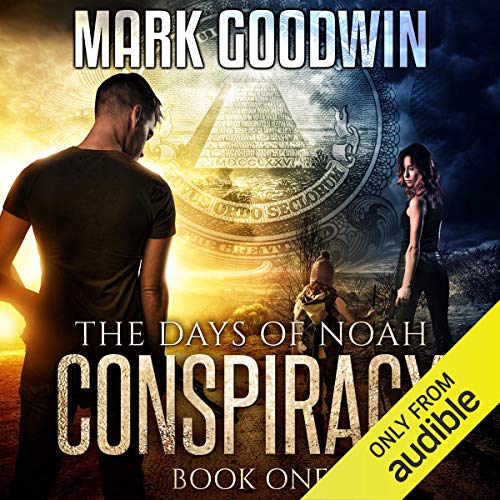 The Days of Noah

The Days of Noah

Could we be living in a time of which there is more prophetic writings than of any period in history? Noah Parker, like many in the United States, has been asleep at the wheel. During his complacency, the founding precepts of America have been slowly, systematically destroyed by a conspiracy that dates back hundreds of years. The signs can no longer be ignored and Noah is forced to pull his head out of the sand and see things for what they really are. Has his awakening come too late or can he and those around him reclaim the freedoms and principles which have been lost? Watch through the eyes of Noah Parker and his family as a global empire takes shape, ancient writings are fulfilled and the last days fall upon the once great, United States of America. The Days of Noah, Book One: Conspiracy is a fast paced fiction thriller which looks at how modern conspiracies might play into Biblical prophecy about the end times.

What listeners say about The Days of Noah

The best in depth storyline in some time.

The character creation is detailed and lengthy though enjoyable. If you're looking for a near instant immersion into a dire dystopia, look elsewhere. This is a detailed look into the build up & the causality of a crash on a world wide scale and how it affects the characters within.

Great plot without sex and language! I'm am educator so I especially liked the ties to education.

Loved it! Makes me want to go back to church again! Great story line. If you do not like religious story lines move along to another book! Worth ever penny.
Thanks again Mark !!!!!

everyone should read this series!

with all the turmoil in this world, we all need to be prepared for what may happen in the future.

I really enjoyed this book. It was got me thinking about my life, and that is a good thing! Love it!

great book, enjoyed it, on to book 2.

at first the narrator sounded so boring, but I sped it up to 1.30, Way better!
Enjoy

Good book from a Christian POV

Pretty good book that lays out some food for thought about end of the world type of situations.

Although it's a Christian book, it doesn't get too Pollyanna-ish. Non-Christians could read it and enjoy it nonetheless, but those with an anti-Christian bias wouldn't like it.

Realistic and very informative! This is the best book I've read in over a year.

Great book outlining what might happen in numerous arenas in the very near future. From eroding our liberties to a financial meltdown, very well written and keeps you reading along. Sure it has significant amount about being a Christian, but some anti religion folks rate it low. Well this is how many people think, act and pray when they are Christian. All books are not written for everybody. Many people rated this book lower just because it has the bible in it. It wasn't too preachy or anything unless you are an over sensitive athiest that follows Michael Moore or some such idiot.

Get yourself ready. Loved the book and appreciate the characters. They all seem like someone I would like to meet. Just plain old committed folk who love God and love this country.

The reading on this book was great, wish there was a little more pace on the story but enjoyed the characters and just waiting for stuff to hit the fans