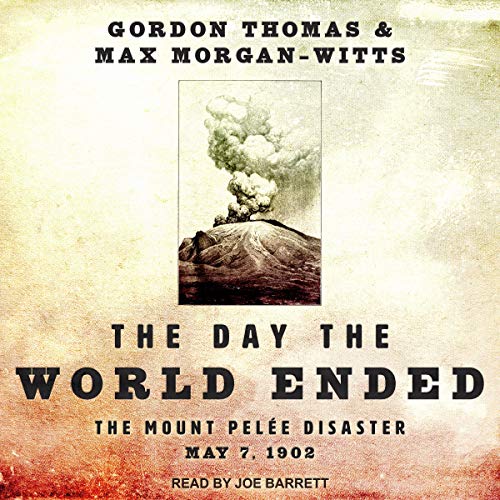 The Day the World Ended

In late April 1902, Mount Pelee, a volcano on the Caribbean island Martinique, began to wake up. It emitted clouds of ash and smoke for two weeks until violently erupting on May 8. Over 30,000 residents of St. Pierre were killed; they burned to death under rivers of hot lava and suffocated under pounds of hot ash. Only three people managed to survive: a prisoner trapped in a dungeon-like jail cell, a man on the outskirts of town, and a young girl found floating unconscious in a boat days later.

So how did a town of thousands not heed the warnings of nature and local scientists, instead staying behind to perish in the onslaught of volcanic ash? Why did the newspapers publish articles assuring readers that the volcano was harmless? And why did the authorities refuse to allow the American Consul to contact Washington about the conditions? The answer lies in politics: With an election on the horizon, the political leaders of Martinique ignored the welfare of their people in order to consolidate the votes they needed to win.

A gripping and informative book on the disastrous effects of a natural disaster coupled with corruption, The Day the World Ended reveals the story of a city engulfed in flames and the political leaders that chose to kill their people rather than give up their political power.

What listeners say about The Day the World Ended


This book was a thrilling page turner about the Mount Pelée explosion of 1902. I had not known about this particular event and was interested in learning about it. This book details the recollections of several survivors and gives a thrilling account of the sadly preventable disaster. It is also a snapshot of the time period, detailing how life in a French colony was, including the rampant sexism and racism. The description of the actions taken and not taken by several prominent community leaders, including the Church are noted. The lives of 29,233 victims could have been saved and no one was held accountable. This book was hard to put down. I read this book using immersion reading while listening to the audio book. The narrator had a gravely voice that handled the French nomenclature easily. Highly recommend this book for the account of one of the worst volcanic disasters many have never heard of.