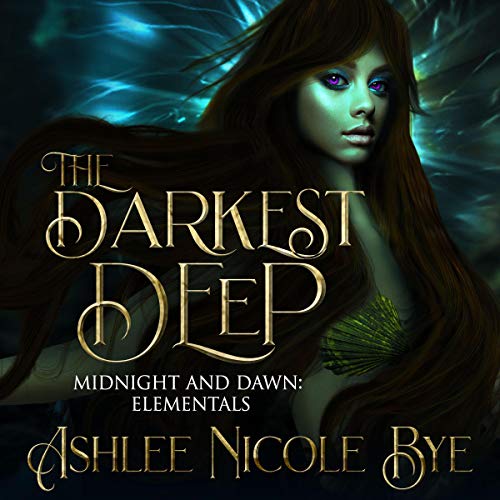 As the heir to the sea throne, Delta knows her life will never be that of an ordinary undine. In a year’s time she’ll have her ascension ceremony - her four consorts will be chosen and she’ll be required to step up and take on the full responsibilities of Princess Heir.

For now, however, with the exception of a few boring meetings and official appearances, she’s free to have fun and party with her two best friends, Hurley and Loch. Sexy, fun, and fiercely loyal, these two have been by Delta’s side for as long as she can remember; and if their brand of fun happens to involve escapades of the bedroom variety, well, what’s wrong with that? She’s not promised to anyone...yet.

Everything changes for Delta when an ancient and deadly monster invades the sea court, poisoning many of the undines, including the Queen. With her mother living on borrowed time, a desperate Delta decides at once to leave the sea court and venture out in search of the only known cure for a cetus bite. Loch and Hurley don’t hesitate to go with her, but they are also joined by two rather less welcome companions: Wade, the smooth-talking ambassador with a smile that could melt the scales off any undine (with the exception of Delta, of course), and Tasman, Delta’s handsome but surly personal guard, who’s made it no secret he believes the princess is nothing more than a spoiled and selfish little girl.

But there is no room for personal grievances as they come up against enemies and obstacles in the treacherous waters beyond the sea court’s boundaries. Relationships will be tested, perceptions will change, and secrets will be revealed. And Delta will come to realize that, just maybe, the Gods have chosen her consorts a year early.

What listeners say about The Darkest Deep