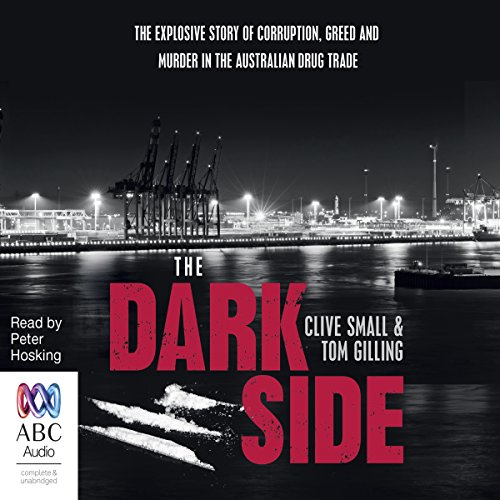 A fierce and compelling exposé of organised crime and the role of a senior law enforcement officer in Australia's multibillion-dollar drug trade.

'Each year at least $10 billion is laundered in and through Australia. Much of this money is derived from illicit drugs.'

Hooked on the limitless profits of the drug trade, organised crime has grown so powerful that it now poses a major threat to Australia's national security. Clive Small and Tom Gilling show how Australian crime gangs, in partnership with violent international syndicates, have exploited lax law enforcement and corruption on the nation's waterfront to import narcotics on a vast scale from Europe, Asia, Africa and South America.

The authors reveal for the first time the corrupt history of Mark Standen, the senior investigator at the New South Wales Crime Commission whose conviction on drug importation charges sparked Australia's biggest law-enforcement crisis since the Wood royal commission. In the process they expose the cover-ups, strategic blunders and missed opportunities that continue to make Australia a soft target for international drug traffickers.

A very well laid out book! Very current and interesting read. Would recommend to everyone.

A new way to tell the same old story.

so many crazy stories like this (Snowing in Bali also) but this one is really well put together. Tells many different stories often stories inside of stories. Sometimes can be overwhelming to remember how these people know eachother. You have to remember like a jigsaw to look at the bigger picture.

All of this into the true story of corruption in Australia and around the world.

Too many names and too may subplots too early in the book. I found myself zoning out with the monochrome tones of the narrative. Sorry. I didn’t get to the 2nd hour of this book.