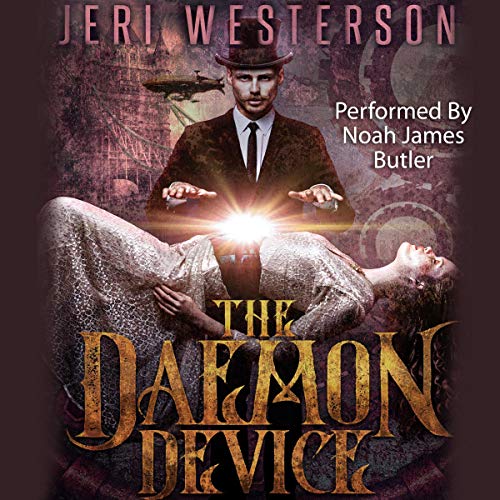 London, 1891. Dirigibles, like dark leviathans, surge through the sooty skies of London. Steam powers the engines that supply electricity to the new lights along the Thames. And strange murder appears on the seamy streets. Someone is killing women and gutting them for their body parts. Is it Jack the Ripper returned, or a far more sinister plot afoot than murder?

Magician Leopold Kazsmer, the Great Enchanter, ashamed of his Jewish-Gypsy blood, has fashioned himself into a proper English gentleman, though he harbors a carefully guarded secret; he has learned the dangerous art of summoning daemons and through it, performs real magic. With the help of Raj, a tarot-reading automated man, and Eurynomos, a shrewd Jewish daemon, Leopold must discover what is behind the revolting murders that suddenly seem to involve tight-lipped German scientists, Golems, ghosts, demons, and the mysterious and beautiful Scotland Yard Special Inspector, Mingli Zhao.

What listeners say about The Daemon Device

A fun steampunk mystery/adventure with a wonderful cast of likable, eccentric characters.
Enjoyed every minute. Noah James Butler is a fabulous narrator - he does all the disparate character voices so well he seem like more than one person.