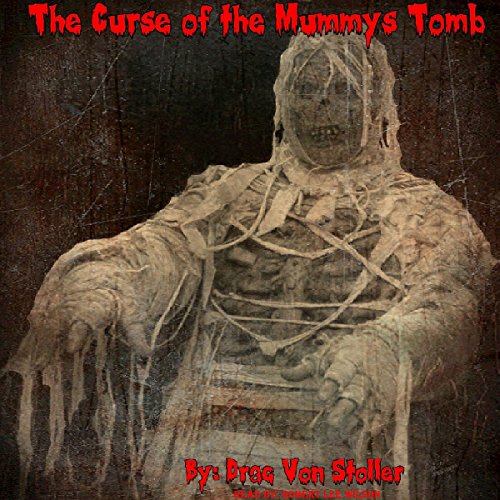 The Curse of the Mummy's Tomb

"I can't believe I've been an archaeologist all these years and all I have to show for the thirty plus years is a couple dinosaur bones. I feel I've been nothing, but a disgrace to all archaeologists abroad. When will my luck change?" said a sad Dr. Moreland.

Sometimes, when we are at our lowest points in life, some kind of intervention steps in and our luck changes. That is what is about to happen to Dr. Moreland the moment he pulls his revolver from his desk, and points the gun to his head. Just as he pulled trigger, closed his eyes and nothing happened, the door of his study burst open with the news he had been waiting for all these years. A young ambitious student of Dr. Moreland's said "Dr. Moreland! Dr. Moreland!" as he gasped for air.

"What is it? Can't you see you interrupted me, I was about to end my worthless life, this better be good," explained Dr. Moreland in frustration.

"You're not going to believe this, but a good friend of mine was on an expedition in Egypt and was told by some old man that said he can lead us to King Necron's tomb."

"What do you need me for? There are many well qualified archaeologists that were more successful than I. Why don't you go now and let me try again? Maybe this time I'll succeed,” replied Dr. Moreland in a sad tone of voice.

"Dr. Moreland, don't destroy what you instilled in me. Wipe those tears dry, and let's get on the next plane to Egypt, and make history. I'll make a deal with you if I'm wrong I'll end my life as well. Come on! Come on! What do you say?"

Later that afternoon, Dr. Moreland and his team of wannabe archaeologists were on a plane heading towards the greatest find ever and a curse that would be unleashed when the tomb of King Necron was opened.

What listeners say about The Curse of the Mummy's Tomb