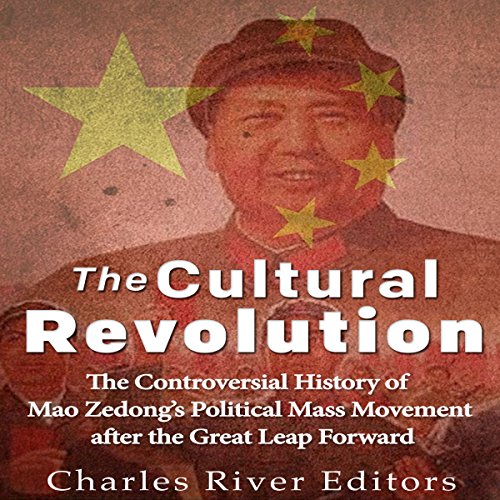 It's a sure sign of fame when a man is known simply by his first name, and Mao Zedong, often referred to simply as Mao or Chairman Mao, was one of the most influential men of the 20th century. He was also arguably the most controversial; as the founder of the People's Republic of China, Mao rose from being a communist revolutionary to successfully overthrowing a regime and transforming China into a communist powerhouse in Asia. The ramifications of Mao's life and legacy are still very much felt today, as China continues to transition into a superpower that may soon lay claim to the world's largest economy.

Mao's communist revolution is still controversial, but it was his reign over China that has made him notorious, and in the West he is often considered one of history's biggest tyrants. Mao's revolution and his subsequent policies have been accused of causing millions of deaths, possibly more than the likes of Hitler and Stalin. It has been roughly estimated that Mao was responsible for the deaths of anywhere from 40-70 million, but he has plenty of defenders as well, and they cite Mao's military and political leadership for inspiring similar revolutions across the world.

When the Great Leap failed, he was outmaneuvered by experts in the party who went on to restore the more gradualist approach of the first Five-Year Plan. In the subsequent years, without an active governing role, Mao concluded that the gains of the revolution could be lost if China simply came under the grip of a new governing elite. He decided that the only way to instill a proper revolutionary fervor in the country's youth was to enlist them to wage a permanent war on the vestiges of "bourgeois culture" in China.

It was against this backdrop that Mao announced the Cultural Revolution in 1966. Unlike the revolution that brought the communists to power by using armed struggle to gain political power, this new revolution was to be waged at the level of everyday life, carried out by common citizens against fellow citizens suspected of "rightist" tendencies. The vanguard of the movement was the volunteer "Red Guard," a citizen army of young people who wore red armbands and called out those they suspected of counterrevolutionary tendencies.

The Cultural Revolution became a war of all against all. Students attacked and revolted against their teachers, young people exposed their parents as "rightists," urban intellectuals were forced to go to the countryside and work on farms, and Communist Party officials were publicly shamed in front of large crowds. Thousands and possibly even millions were killed or driven to suicide, among them Mao's intraparty rivals, Liu Shaoqi and Peng Dehuai. The Red Guard had as one of their tenets a fierce devotion to Mao, and they required that the Chairman's portrait be displayed in every household and on every street corner. Elements of traditional Chinese culture, including architecture, art, music, and literature, were rooted out and destroyed by the Red Guard in its fervent effort to cleanse communist culture of the relics of the past.

What listeners say about The Cultural Revolution

This was a highly disappointing Audible book. Not worth paying for. The primary issue was the poor narration. Having a narrator who can’t pronounce Chinese names and places made it hard to listen to. I was trying to figure out who he was talking about or where things took place most of the time, which was distracting.