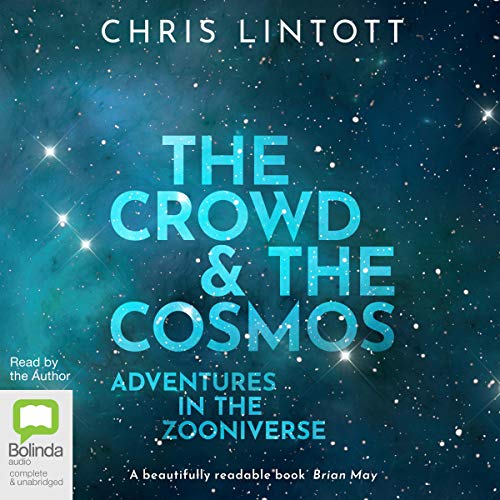 The Crowd and the Cosmos

The Crowd and the Cosmos

In this book, Lintott describes the exciting discoveries that people all over the world have made, from galaxies to pulsars, exoplanets to moons and from penguin behaviour to old ship's logs.

The world of science has been transformed. Where once astronomers sat at the controls of giant telescopes in remote locations, praying for clear skies, now they have no need to budge from their desks, as data arrives in their inbox. And what they receive is overwhelming; projects now being built provide more data in a few nights than in the whole of humanities' history of observing the universe. It's not just astronomy, either - dealing with this deluge of data is the major challenge for scientists at CERN and for biologists who use automated cameras to spy on animals in their natural habitats. Artificial intelligence is one part of the solution - but will it spell the end of human involvement in scientific discovery?

Loved this book. As a zooniverse participant, I felt enormous pride in all its achieved. Chris is witty and charming and his narration was warm and very enjoyable.