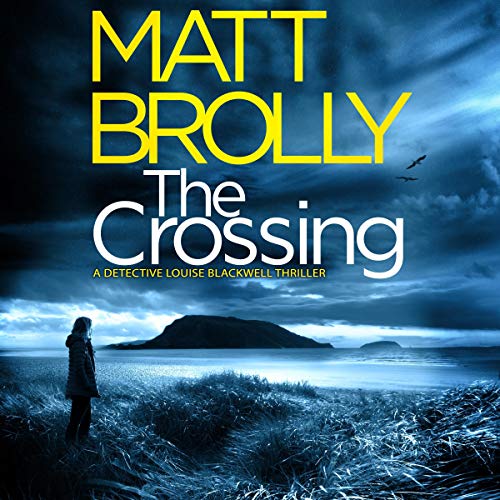 In a small town full of secrets, everyone’s a suspect.

When a body is discovered, bled dry on a beach, the sleepy seaside town of Weston-super-Mare wakes up to a nightmare. For Detective Inspector Louise Blackwell, recently transferred to the town she last saw as a child, it’s her first case on the job.

The victim - Veronica Lloyd, an elderly volunteer at a local church - has puncture wounds to her hands. When a priest is found killed in a nearby church in a similarly grisly condition, it becomes clear that Blackwell is dealing with a righteous and bloody murderer. But the victims aren’t random. The killer has a vendetta and is hell-bent on exacting twisted revenge for a dark secret dating back years - and there are more murders planned.

As the body count rises, Blackwell faces a race against time to solve the mystery of the murderer’s identity and put an end to the carnage. She thought she knew Weston, but the town holds more secrets than she’d ever have imagined. Who can she trust and who knows more than they are letting on?

She must discover the crimes that unite the victims - before it’s too late.


A good start for a new British police procedural series about DI Louise Blackwell, who has been ignominiously exiled—by a conniving male boss & a lying colleague—from the Bristol Major Investigation Team to the seaside town of Weston-super-Mare in Somerset. Yes, male detectives stitches up a brilliant female colleague, who doesn’t take her exile well. There are other clichés to be had, but none particularly annoying.

The complex serial killer storyline is intricately plotted, the pace is moderate to fast, and there’s more suspense than I expected. POV characters are DI Blackwell and the murderer, who is named very early on. Yeah, it may be a gimmick, but reading the murderer’s POV works in this book—which is weighted with psychological elements. The plot has good twists, and the denouement is satisfying, whilst remaining true to characterizations of the POV characters.

I enjoyed narrator Danielle Cohen’s voice-acting on the Audible version, so whenever DI Blackwell has her Weltschmerz moments, I switched to Kindle because she sounds whiny. DI Blackwell’s angst-drenched interior monologues become annoying over time. I like smart, tough female protagonists, who can cowgirl-up, with minimal whinging about any sorta feels.

really enjoyed this audiobook. Very good performance, and interesting story. I'll check to see if there are more books with this character.