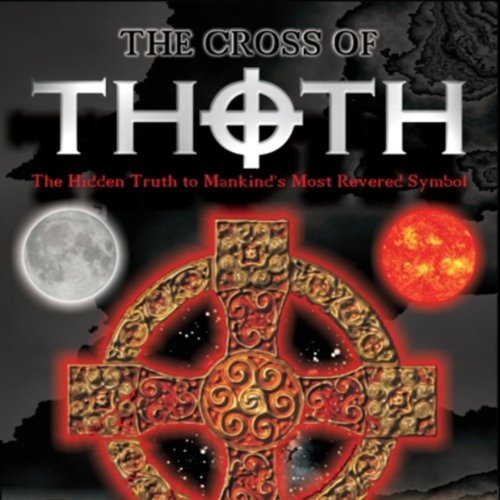 The Cross of Thoth

Lost in the thread of time, an incredible discovery has emerged from the dust of ages. The Cross of Thoth reveals the hidden truth to mankind's most revered symbol. Deep within the great pyramid is a secret that has remained hidden for over 4,000 years: an ancient instrument designed to unlock mysteries that have baffled mankind for generations.

The seal is broken. Within this audiobook you will find the knowledge of the greatest magicians that ever walked our planet. Crichton Miller, in his intrepid journey to uncover the secrets of the past, has stumbled upon a symbol that can only be called a great treasure. Through his tenacious spirit, he discovered a profound secret used for millennia, once lost and now revealed for the first time. The significance of this discovery will astound, surprise, and bring humility to a world gone mad. This is the story of that search, of the discovery, and its significance for mankind today.

Crichton E. M. Miller specializes in seeking the truth about our ancient history and spirituality. He is independent and detached from peer groups, materialism, and religion.

What listeners say about The Cross of Thoth

Not Worth The Time

What would have made The Cross of Thoth better?

This Sounded very interesting, however they made it boring and not informative at all.
Very Disappointed!!

Has The Cross of Thoth turned you off from other books in this genre?

Who would you have cast as narrator instead of Crichton E. M. Miller?

This Review Needs a Title...So, I

2nd try on this book...just doesn't click in my mind........I won't waste my time on this with so much more other things available for my time. The sound is terrible, sounds like it was recorded with a garage band in the background using two cans and a string.

I have done a better job with hand held recordings on my I phone off off utube. This is a utube quality lecture with back ground noise and dumb questions and answers. I am going to ask for my money back should have listened to the sample first. If you buy this you were warned. This is not a audio book. The content of the lecture is not coherent and is full of ohs and uhms and is rubbish.