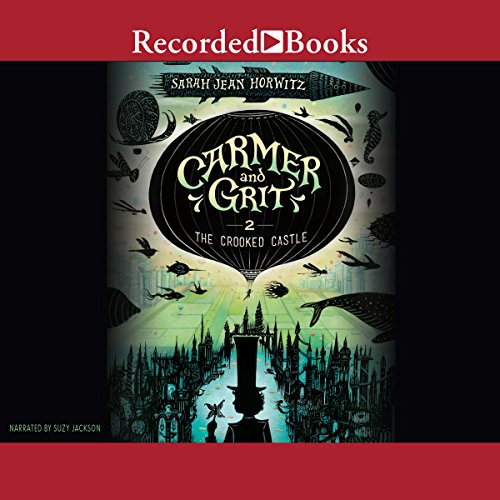 Carmer and Grit investigate a mysteriously magical flying circus in the follow-up to "a fun and frolicking middle grade adventure full of enough fantasy, humor and heart to make giddy even the most finicky reader" (BookPage).

Shortly after saving the faeries of Skemantis, magician's apprentice Felix Carmer III and his faerie companion, Grit, head out to see the world. They soon come across a mysteriously magical flying circus. As they get to know the outlandish world of Rinka Tinka's Roving Wonder Show, it becomes clear there's something not quite normal about this circus or its inventor - and that recent airship disasters plaguing nearby Driftside City may have a sinister explanation.

Fans of the Wildwood trilogy and Lockwood & Co. series will love the thrills and chills of Carmer and Grit, Book 2: The Crooked Castle as it takes listeners up in the air with a flying circus, under the sea to the evil Unseelie kingdom, through a terrifying magical snowstorm, and on a chase with the menacing Wild Hunt.

What listeners say about The Crooked Castle