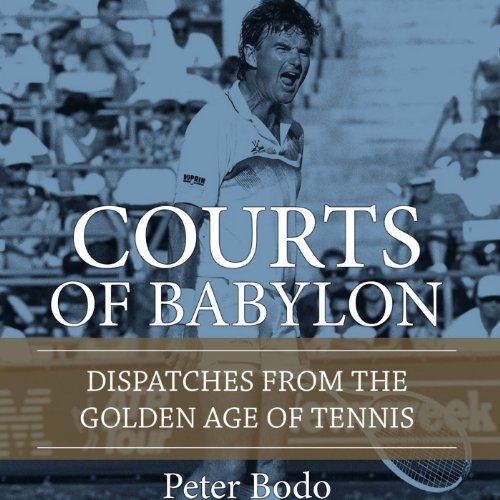 The Courts of Babylon

No sport has gone through the seismic changes that rocked tennis when the game, long a holdout against professionalism and creeping commercialism, abandoned its roots as a genteel, amateurs-only enterprise and became a pro sport, vying for the heart of the public with rivals like soccer, NFL football, or NBA basketball. Peter Bodo, who has covered tennis since the dawn of this "Open" era as the chief writer for Tennis magazine, was there to witness this transition and what it promised, what it delivered. He has covered the game on every continent since the early 1970s. The Courts of Babylon is more than a collection of essays, most of them growing out of a deep familiarity and, often, relationship with subjects that include Bjorn Borg, Chris Evert, John McEnroe, Evonne Goolangong, Jimmy Connors, Tracy Austin, Ivan Lendl, and Martina Navratilova. It is also a commentary on what was lost and what was gained by the transition to professionalism, and how the new, "Open" era delivered - or failed to make good - on the promise that professionalism would make tennis a more inclusive, egalitarian, accessible game. Relying heavily on formal, in-depth interviews conducted over two decades and his status as an "insider" in an insular game, Bodo's book is both a meditation and exposé, a polemic and a tribute to the players who dragged tennis, often kicking and screaming, to the forefront of the public's imagination - even when those players got it all too fast and too young.

Bodo delves into the darkest and most controversial areas of the game, chroniciling the follies of overzealous parents and pampered athletes. He fearlessly wades into sensitive issues stemming from sex and gender, politics and commercialism. He celebrates the game while holding it to task, all the while acknowledging the reality of the demands and distortions that come with a way of life that is both difficult but glamorous, and eagerly embraced by athletes who, in some cases, are no older than 14.

What listeners say about The Courts of Babylon

Shocked at how bad the narrator is

Who would you have cast as narrator instead of Welland Scripps?

Anyone else could have read this better. He cant pronounce any tennis players names. These are legends of the game - who for the most part are still alive. There are MANY examples of how to pronounce these names in the public forum but the narrator gets EVERYTHING WRONG - REALLY BADLY. Its clear the narrator knows nothing at all about tennis, and doesn't care to.

Started strongly and then fell apart

What disappointed you about The Courts of Babylon?

The first two chapters of the book were great. After that it became clear that the authors views on various tennis players were based purely on his own conservative values.

If a player expressed left wing views they were a 'loony', yet a player who expressed right wing views was 'misjudged'. Female players were 'goaded into homosexuality by lack of moral fibre on the tour'. And he seems to feel that players cannot succeed without a belief in god.

What could Peter Bodo have done to make this a more enjoyable book for you?

Kept his personal politics and judgements out of otherwise interesting anecdotes.

Have you listened to any of Welland Scripps’s other performances before? How does this one compare?

This is my first one. He is a fine narrator.

Some nice anecdotes. It didn't hurt, as an Australian, that the author gave Pat Cash a lot of credit, particularly for his Davis Cup performances. Beyond that this book was a struggle.

Someone please edit before release !

First of all, consider who would listen to a book like this. If you answered “a fan of tennis” you’re correct. So then you can understand why it drives a person crazy when so many names, places, things are mispronounced.