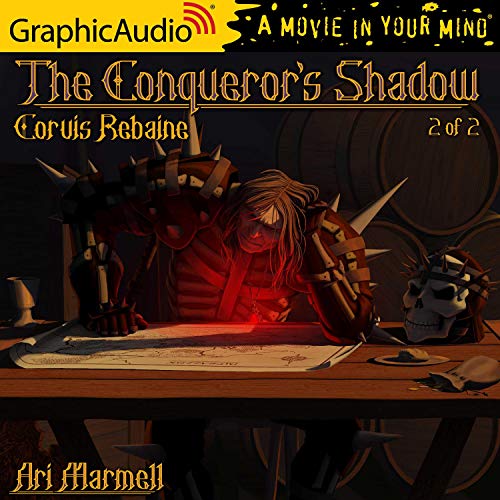 The Conqueror's Shadow (2 of 2) [Dramatized Adaptation]

It is a curse to be haunted by the past.

In the realm of Imphallion, there once was a nightmare - a living nightmare known only as the Terror of the East. Nigh invulnerable in his magical black armor and aided by unholy minions, he laid waste to all in his path on his all-consuming quest to bring order to the land. His order.

Then, at what should have been his moment of triumph, his will failed. And his army fell. Taking a young noblewoman as hostage, he escaped, vanishing into darkest memory.

Years later, Corvis Rebaine is a simple man, content with his loving wife and children. The terrible deeds and glories of his past life are dead and buried along with his former name and its monstrous legacy - until his daughter is taken by fiends under a maniacal young warlord looking to complete the Terror’s conquest.

Now, spurred to action by a newborn fury and thirst for vengeance, Rebaine must do the unthinkable - don the dark armor once again, gather his once-loyal cadre of killers, and fight to save both the family he loves and the country he once almost destroyed. And all who stand in his way will have one final thought before death....

The Terror has returned.

I picked up this book while deployed in Afghanistan. I started the book while on convoys and couldn't put it down. this has been one of my top 3 books since 2010. Amazing book, amazing characters, and what an amazing way to escape the deployment.