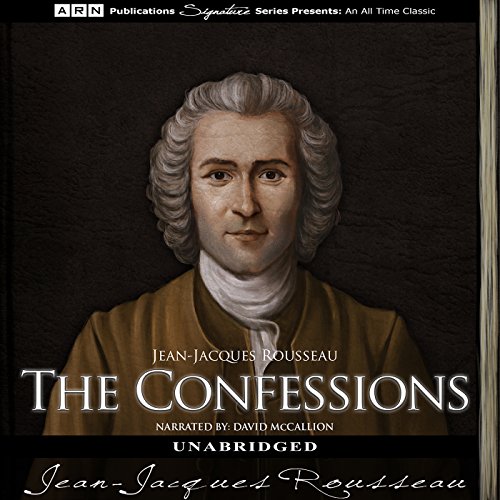 Considered to be the first autobiography of its kind, The Confessions is two distinct books published seven years apart and covers the first 53 years of the author's life. The autobiographies of the time delved primarily into the individual's religious life, but Jean-Jacques Rousseau wanted to do something different. Instead of focusing on faith, he wrote about his thoughts and misadventures.

Publication of The Confessions scandalized 18th-century Europe due to its graphic nature and the author's shameful adventures. If the modern listener is looking for a grand tour of Europe of the 18th century, Jean-Jacques Rousseau is the perfect tour guide. The author takes the listener on a journey of this long-ago era with firsthand accounts that are outrageous and amusing.

Jean-Jacques Rousseau was a Genevan philosopher, writer, and composer of the 18th century and was instrumental across Europe in modern educational and political thought.

What listeners say about The Confessions

I cannot play this audiobook

When I attempt to play this audiobook I get an NAN reading at the timeline. I have tried many times to play and get his same result everytime. I tried to return the book and Audible says this is not an option. I am very dissatisfied!!

Almost every French word is spectacularly mispronounced, but this is the best version I have found

Where does The Confessions rank among all the audiobooks you’ve listened to so far?

To be allowed an intimate insight into the life, thoughts and struggles of a person who lived in the 1700's is a privilege and a gift. JJR gives this gift to the world.

I prefer the tone and voice adopted by this narrator when compared to other narrators of the same book, however the performance would be enhanced if the narrator had taken more trouble with pronunciation of french names and places.