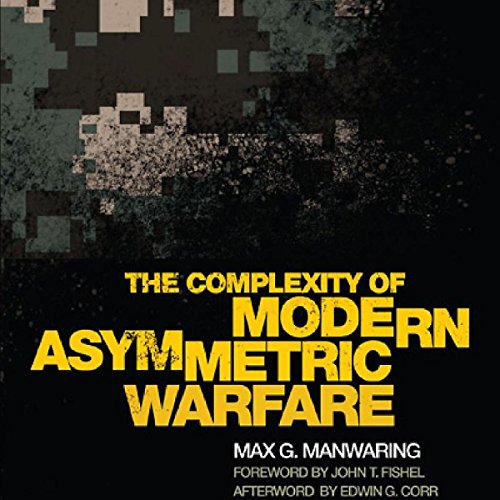 The Complexity of Modern Asymmetric Warfare

Today more than 100 small, asymmetric, and revolutionary wars are being waged around the world. This book provides invaluable tools for fighting such wars by taking enemy perspectives into consideration. Using case studies, Manwaring outlines vital survival lessons for leaders and organizations concerned with national security in our contemporary world. The insurgencies Manwaring describes span the globe. Beginning with conflicts in Algeria in the 1950s and 1960s and El Salvador in the 1980s, he goes on to cover the Shining Path and its resurgence in Peru, Al Qaeda in Spain, popular militias in Cuba, Haiti, and Brazil, the Russian youth group Nashi, and drugs and politics in Guatemala, as well as cyber warfare.

Large, wealthy, well-armed nations such as the United States have learned from experience that these small wars and insurgencies do not resemble traditional wars fought between geographically distinct nation-state adversaries by easily identified military forces. Twenty-first-century irregular conflicts blur traditional distinctions among crime, terrorism, subversion, insurgency, militia, mercenary and gang activity, and warfare. Manwaring's multidimensional paradigm offers military and civilian leaders a much needed blueprint for achieving strategic victories and ensuring global security now and in the future. It combines military and police efforts with politics, diplomacy, economics, psychology, and ethics. The challenge he presents to civilian and military leaders is to take probable enemy perspectives into consideration, and turn resultant conceptions into strategic victories.

What listeners say about The Complexity of Modern Asymmetric Warfare

It seems like there's an interesting book in there but the narration is terrible. The narrator seems to be trying to get all the words out as quickly as possible with no tone or inflection. This makes it very hard to pay attention to what's actually being said and I found myself rewinding to re-listen to paragraphs often because of this.

it was a very enlightening listen if you want to further your understanding about the ever-changing strategies of the imperial running dogs and how they continue to foil the self interest of people all over the world.