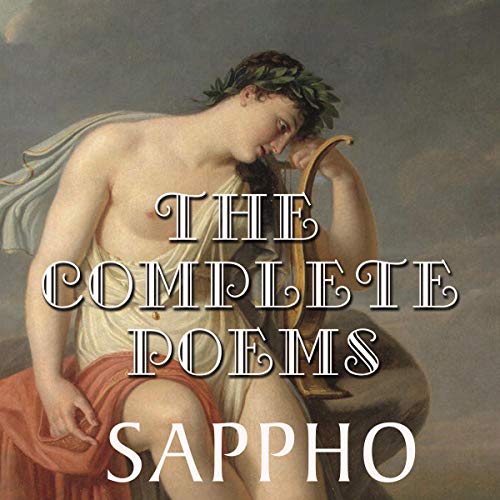 The Complete Poems of Sappho

By: Sappho
Narrated by: Kelli Winkler
Free with 30-day trial

Sappho is widely recognized as one of the great poets of world literature, an author whose works have caused her fans to repeat, in many different forms, Strabo’s amazed epithet when he wrote that she could only be called "a marvel".

The reception of Sappho’s poetry, even through the 20th century, offers a case study of the conflicts induced by the sexual preferences she seemingly alludes to in her verse. Little is known with certainty about the life of Sappho, or Psappha, in her native Aeolic dialect.

She was born probably about 620 BC to an aristocratic family on the island of Lesbos during a great cultural flowering in the area. In antiquity, Sappho was regularly counted among the greatest of poets and was often referred to as "the poetess“, just as Homer was called "the poet“.

What listeners say about The Complete Poems of Sappho