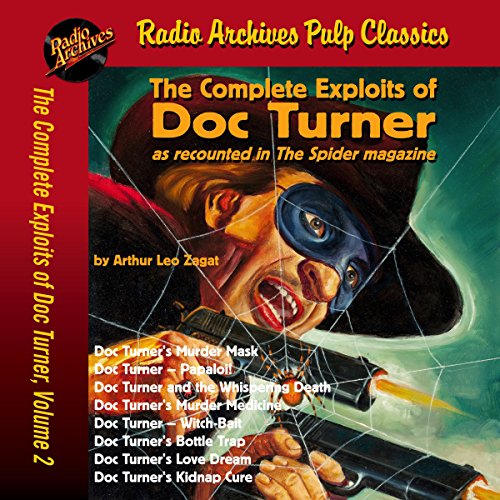 "Doc" Turner was one of the least likely heroes that appeared in the pulp magazine stories. He was a little old pharmacist who ran a drug store in the slums of New York, where just about everyone came to him when they had problems. Oh, and what problems they had! Werewolves and vampires mixed in with extortionists and gangsters. And solve their problems he did, with the aid of his strapping red-headed assistant, mechanic Jack Ransom, and his young stock boy Abe Ginsberg.

These short stories appeared in the back pages of The Spider magazine, a grand total of 70 of them. Every single one can be found in this collection; not one is missing.

What listeners say about The Complete Exploits of Doc Turner, Volume 2