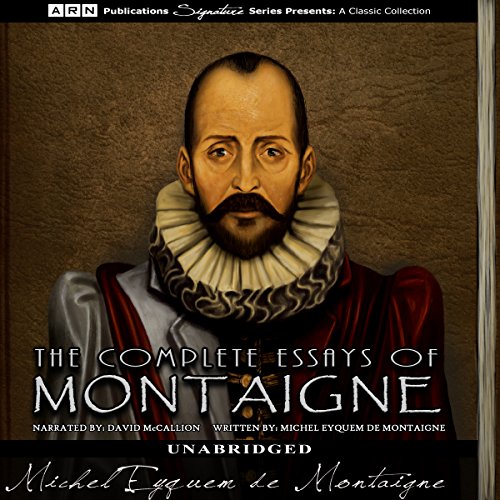 The Complete Essays of Montaigne

One of the most remarkable figures of the Renaissance, Michel de Montaigne was a brilliant French philosopher and statesman whose work directly influenced René Descartes, Friedrich Nietzsche, Isaac Asimov and Jean-Jacques Rousseau. He was a humanist and a sceptic, with an insatiable and wide-ranging curiosity. In 1571, on his 38th birthday, he withdrew from public life and retired to the library in his castle tower, where he assembled a body of work that is still highly relevant today.

This collection contains more than 100 chapters, written in a surprisingly accessible manner. He weaves together personal anecdotes, serious intellectual argument, and quotes from classical Greek and Roman philosophers. While this style was criticized during his lifetime as being overly self-indulgent, he has since been credited with popularizing the essay as a respectable literary form. Using his own experiences and judgement as a lens through which to view the world, his essays cover such disparate topics as war horses, cannibalism, and ancient customs; as well as heavyweight ideas such as war, death, religion and truth.

What listeners say about The Complete Essays of Montaigne

Nothing. It was just a bad idea.

What was most disappointing about Michel Eyquem de Montaigne’s story?

Not a story at all. A great book but a terrible audible book.

Chagrin. At having been dumb enough to buy it.