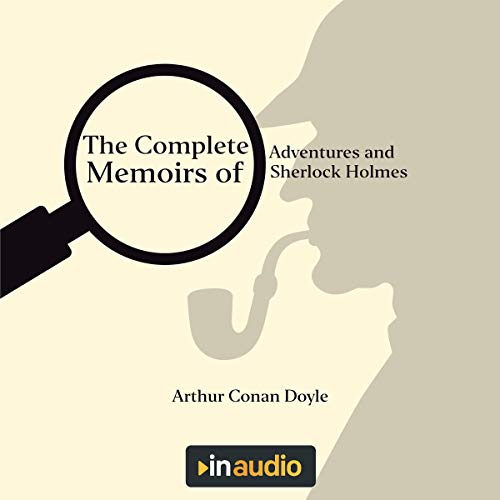 The Complete Adventures and Memoirs of Sherlock Holmes

Twenty-three great Sherlock Holmes mysteries as published in Strand Magazine. These stories have won over readers in the thousands and have helped make Sherlock Holmes the most popular and most famous detective of all times.

Arthur Conan Doyle, was born in Scotland in 1859. He was educated in Jesuit schools in England and Austria. In 1881 he finished a medical degree and signed on as a surgeon aboard a whaling vessel in the Arctic. After an unsuccessful medical practice, Doyle started writing. Sherlock Holmes was an instant success. At the end of his career Conan Doyle complemented his writing with spiritualism and psychic research. He died in 1930.

This was reviewed by my my 10 year old daughter who listened (and followed along with the book) for her summer homework. Allowing her to listen and follow along helped tremendously with her comprehension,as this was a stretch for her reading ability.

Personally, I would have rated it a five across the board.