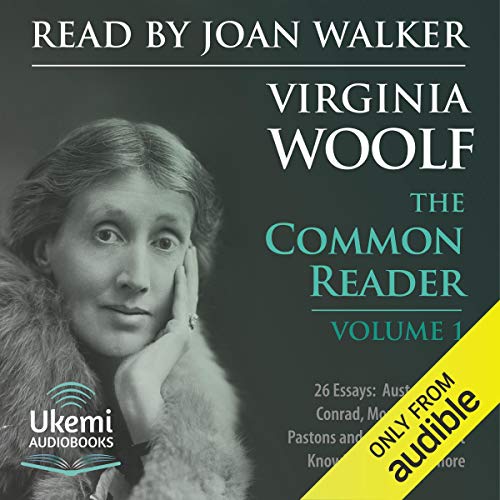 This is Virginia Woolf’s first collection of essays, published in 1925. In them, she attempts to see literature from the point of view of the ‘common reader’ - someone whom she, with Dr Johnson, distinguished from the critic and the scholar. She read, and wrote, as an outsider: a woman set to school in her father’s library, denied the educational privileges of her male siblings - and with no fixed view of what constitutes ‘English literature’. What she produced is an eccentric and unofficial literary and social history from the 14th to the 20th centuries, with an excursion to ancient Greece thrown in.

She investigates medieval England (The Paston Letters and Chaucer), tsarist Russia (The Russian Point of View), Elizabethan Playwrights, Jane Austen, Jane Eyre and Wuthering Heights, Modern Fiction and the Modern Essay. When she published this book Woolf’s fame as a novelist was already established: now she was hailed as a brilliant interpretative critic. Here, she addresses ‘the common reader’ in the remarkable prose and with all the imagination and gaiety that are the stamps of her genius.

What listeners say about The Common Reader Volume 1

This volume contains some of Woolf's most important and influential essays: "Modern Fiction", "Jane Austen", "George Eliot", "Jane Eyre and Wuthering Heights." The narrator's voice suits Woolf's writing style down to a T, so it is great to see Woolf's non-fiction making its way into the audiobook domain.

I haven't listened to the whole book yet, but this is Virginia Woolf, perfectly well read. I found this narrator to be easy and pleasant listen, I can't imagine why anyone would complain.

Let this not be your first Virginia !

The voice, oh this awful voice, it sounds computer generated , as if she is computing rhythms, and deliberately leaving modulation out,
So very painful to hear momentum,slowly dying, the more I think about it, the more I am convinced , it is a machine !
If you want to hear perfection, ( sadly she is not available for this one) seek out Juliet Stevenson, she reads - as she always does -with intelligence, and wit, so much is lost in this, one could be convinced VW had none of these qualities, in this instance book is best!