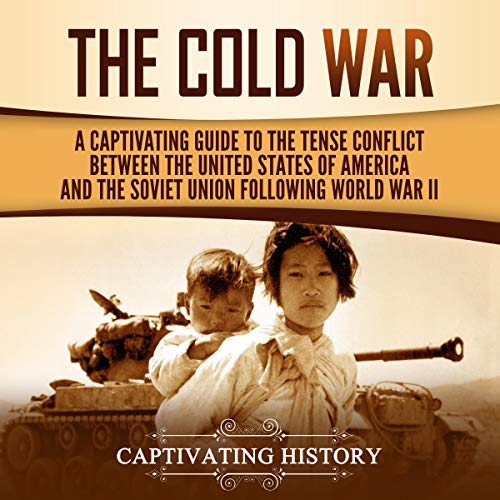 If you want to discover the captivating history of the Cold War, then pay attention....

The seeds of the Cold War were sown toward the end of World War II. During the war, the United States and the Soviet Union were reluctant partners. The communist doctrine of the Soviets was decidedly at odds with the US notion of capitalism, free enterprise, and rugged individualism. But as is often the case in history, despite their differences, America and Soviet Russia had a common enemy that brought them together - Nazi Germany.

But soon after Truman took over the presidency of the United States, American and Soviet relations began to rapidly go south. Before the war was even over, disagreements arose over how the postwar world should be administered.

In The Cold War: A Captivating Guide to the Tense Conflict Between the United States of America and the Soviet Union Following World War II, you will discover topics such as:

So, if you want to learn more about the Cold War, scroll up and click the "Buy Now" button!

What listeners say about The Cold War

Fantastic storytelling on the Cold War

One of the best retellings of the Cold War. From start to finish, the author has quite accurately retold the Cold War from the perspective of a neutral, in a way that kept me attentive throughout.

Enough detail was spent on each aspect to keep me interested throughout, without spending too long on any one story.
- Korea War
- Vietnam War
- Cubas involvement
- East Germany / Berlin Wall

All throughly explained without ever taking one side over the other and fully admitting that both sides had their pros and cons for doing what they did.

Also must highly recommend Jason for a superb vocal job on the book. He's a talented narrator!