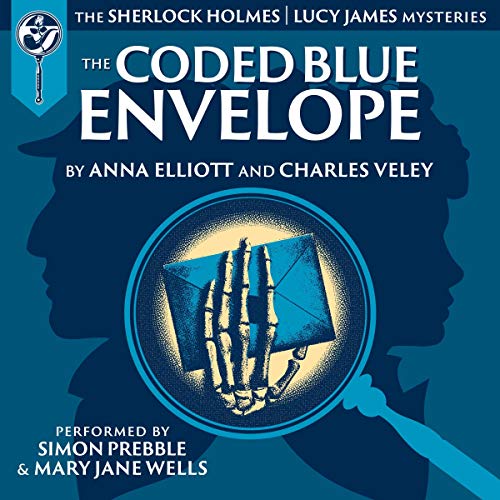 A secret code. A ruthless gang of thugs. And an old adversary with a deadly new vendetta.

Narrated by the acclaimed Simon Prebble and Mary Jane Wells.

Milan, 1899. A desperate musical colleague smuggles an envelope to Zoe, Lucy's mother, begging her to deliver it to Sherlock Holmes. When her colleague is killed, Zoe must act quickly to avoid the same fate. She flees to London, only to find she’s been followed by Black Hand thugs determined to retrieve the envelope’s contents - a code that Holmes must decipher.

With Lucy's help, two of the thugs are arrested but set free with the help of a prominent barrister and patron of the London Orchestra. When Zoe, Holmes, and the Baker Street team dig deeper to find who is behind the barrister’s shady dealings, an old foe resurfaces - with a score to settle.

Refusing to live in fear, Zoe determines to face the enemy. Against Holmes’ objections, she poses as an orchestral candidate, hoping to gain information on the barrister and his felonious benefactor. Meanwhile, Sherlock attempts to break the code and thwart his foe’s plan - a feat made all the more difficult with the thugs hot on his heels and anticipating his every move.

The enemy is preparing a fatal strike against Holmes, and he’s headed straight for a showdown with the Black Hand thugs. Will the Baker Street team be sharp enough to beat back the thugs, bring a dastardly evildoer to justice, and keep Zoe safe? Or will all their efforts fall flat?

A fun and fast-paced take on a classic Sherlock who-done-it, complete with thrilling twists, hairpin turns, and an ending that will keep listeners guessing till the end. The Coded Blue Envelope stays faithful to the spirit of the original series but offers new characters and a fresh take on the beloved classics.

What listeners say about The Coded Blue Envelope