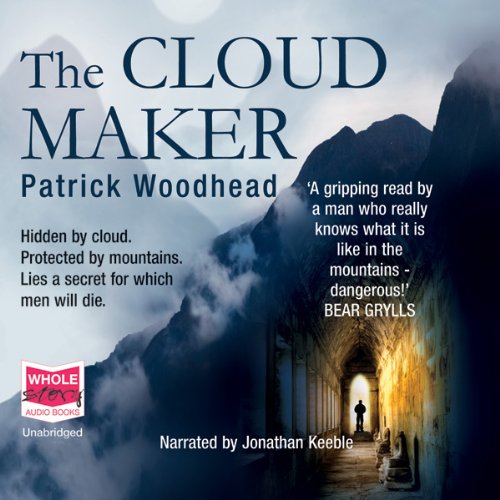 To Luca Matthews the dangers of the high mountain peaks are the air upon which he thrives. In the ruthless pursuit of his goals, he would sacrifice anything - even another climber's life. His friends and family know and fear it. So when he sights a virgin peak in the Himalayas that exists on no map, no one is surprised when he becomes obsessed with being the first to scale it.

Together with his climbing partner, Bill Taylor, they set off into a region of Tibet highly restricted by the Chinese. But a freak accident puts one of their team in mortal danger and it is left to a local Tibetan girl to lead them to Geltang, a monastery that has been hidden from the outside world since the Chinese Cultural Revolution, when most of the monasteries were pillaged and burned.

Soon, as the Chinese secret police get wind of them, Luca and Bill find themselves embroiled in an age-old struggle, not for their lives but to protect the precious secret that Geltang hides and the legacy of Tibet itself.

What listeners say about The Cloud Maker

If this book was't narrated by Jonathan Keeble, then this only star will certainly have to disappear. Jonathan Keeble is a great narrator but this book has not done him justice. The story is very hard to follow. I just want to resell this audiobook which I know I would never listen to again (I stopped after I finished one third of it).