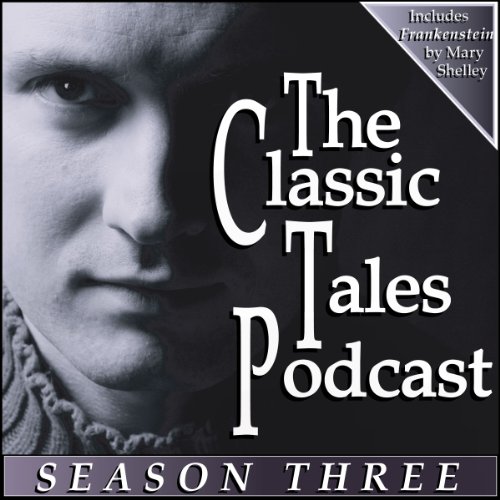 Who says that you can't have it all? Adventure, romance, science fiction, fantasy, horror, and fine literature? Infinite variety - that is what you find here. Classic literature has never been presented so approachably. You will savor the chills from Edgar Allan Poe, then smilingly shake your head as a man dupes an entire town.

You will hear how Sherlock Holmes solves a case for Bohemian nobility, then marvel as a man destroys his life over a piece of string. Whether it be witchdoctors battling each other with lightning, a mad tea party, or a country composed of blind people, each title is guaranteed to bring you closer to the great minds who shaped the world around us with their glorious words.

Each tale is complete and unabridged. Running time is over 39 hours!

Complete List of Titles: "The Ice Palace", by F. Scott Fitzgerald; "A Slip Under the Microscope", by H.G. Wells; Alice in Wonderland, by Lewis Carroll; "The Secret Garden - A Father Brown Mystery", by G.K. Chesterton; "Bartleby, the Scrivener", by Herman Melville; "Ligeia", by Edgar Allan Poe; "The Man Who Corrupted Hadleyburg", by Mark Twain; "A Scandal in Bohemia", by Sir Arthur Conan Doyle; "The Piece of String", by Guy de Maupassant; "A Vine on a House", by Ambrose Bierce; "Markheim", by Robert Louis Stevenson; "The Kiss", by Anton Chekhov; "Paul's Case", by Willa Cather; "The Murders in the Rue Morgue", by Edgar Allan Poe; "The Ghost in the Mill", by Harriet Beecher Stowe; "The Minister's Black Veil", by Nathaniel Hawthorne; "The Country of the Blind", by H.G. Wells; "The Battle of the Witchdoctors", by H. Rider Haggard; "Wrestling an Alligator", by Mr. Warburton; "Spiderama", by W. H. Hudson; "Ravaged by a Lion", by Rev. Dr. David Livingstone; "The Bottle Imp", by Robert Louis Stevenson; Frankenstein, by Mary Shelley; "The Unexpected", by Jack London; "A Case of Identity", by Sir Arthur Conan Doyle; "The Man Who Disliked Cats", by P.G. Wodehouse; "Lot No. 249", by Sir Arthur Conan Doyle; "Oh Whistle, and I'll Come to You My Lad", by M. R. James; "Olalla", by Robert Louis Stevenson; "A Diamond as Big as the Ritz", by F. Scott Fitzgerald; "The Duplicity of Hargraves", by O. Henry; "A Cricket on the Hearth", by Charles Dickens; and "The Music of Erich Zann", by H.P. Lovecraft.

What listeners say about The Classic Tales Podcast, Season Three

Classics that awaken your better self

There's a few mild horror themes in this collecting but the selections really gave me a good idea of the top level in this genre.
The other options are absolutely wonderful in variety.

there's just a portion in minute 41-42 of the very last story- The Cricket on the Hearth - that has a production error. Jeeves sings a Christmas Carol over the top of an important scene😂

During the story &quot;The Cricket on the Hearth,&quot; another story comes on at the same time making it impossible to listen to either story. The second story finally stops after a few minutes and the original story is allowed to finish in peace.

Otherwise, not as interesting a collection of stories as volumes 1 and 2, but read by the narrator very enjoyably.

Frankenstein and Diamond as Big as the Ritz were well done, with convincing, non-intrusive narration. The other stories are a real mixed bag of quality both in selection and narration.