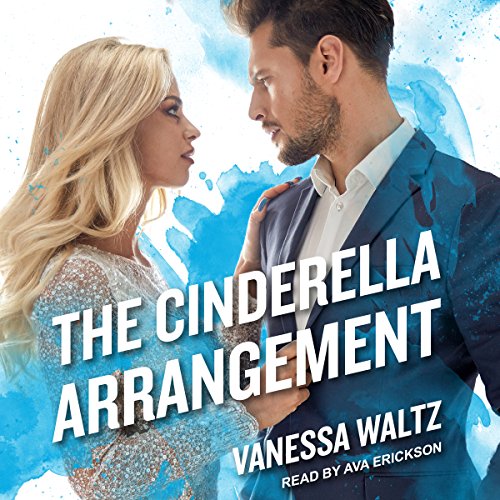 And he wants me to be his fake girlfriend.

I don't want a relationship, even a make-believe one, but I do need the money. Writing isn't paying the bills, and I hardly have time for a second job, let alone a romance. But he's offering me a dream-come true.

I'll get the fancy dresses, the formal dinners, the full Luke Pardini experience. I get to be Cinderella for a few weeks, then I'll trade in the shoes. No problem, right?

Except I don't have to pretend when he touches me, but he's made it clear I only get to play his girlfriend for a few weeks. When midnight strikes, our Cinderella Arrangement is over.

He promised the arrangement would be simple.

I promised I wouldn't fall in love.

What listeners say about The Cinderella Arrangement

I liked it a lot. it's engaging and interesting

too graphic for my tastes, but I enjoyed the contemporary stories. I wasn't expecting both to be in one volume, that also was a pleasant surprise. First book Jess and Luke, 2nd book focuses on Jessica's roommate Natalie and the jerk she meets and gets to know

I loved how both the stories unfolded. Wish they were longer, but other than that wonderful!

I enjoyed this one. The premise of this story was two passing strangers accidently end up with the others phone and develop somewhat of a relationship through text and email. This was a fun, quirky story that kept me engaged and laughing throughout the story.

First was ok second was eh

So I guess I wasn’t paying enough attention but this audiobook is a 2 in 1. So the first, with Jessica and Luke I liked, it was pretty typical and cutesy. And the second with Will and Natalie, (Luke’s cousin and Jessica’s BFF) had me kind of frustrated. She was very wishywashy at times, her parents were completely atrocious and how she handled her ex was dumb for lack of a better word. At first Will was very unlikeable but he grew on me. Then today the end I was like wth is going on here!?! Not mad that I listened, glad it is on audible escape because I didn’t pay for it 😊

The author likes to use F*** in excess and both stories are sexually graphic... I wasn’t expecting that and was disappointed.

First I think it’s important to note that this book is 2 books in one. There is “2 parts” but they’re two separate love stories. I got confused when it seemed like the story was over half way through the book. Turns out it was lol. The first one was alright. I felt the chemistry was forced. I didn’t really feel the relationship develop it was more of a “we’re in love because it was stated but not evident” situation. The second story was better. Not sure I’ll finish the series but the book wasn’t bad. Narration was excellent.

Most every girl wants to feel like a princess. This is a nice story and takes you on a fantasy trip into what Cinderella must have felt like. I enjoyed it.

Storyline is so dry, very slow and really cliche. Narration is fine. Won't recommend this book