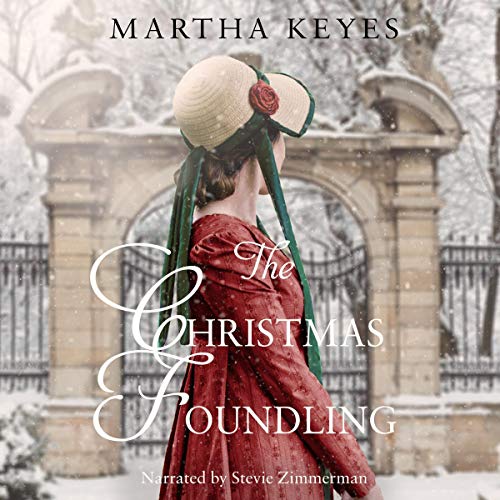 A babe in a manger once saved the world. Can this one save a failing marriage?

Lydia Blakeburn, Baroness Lynham, wants nothing more than to present her husband with an heir, but after five years of marriage, she has all but given up on doing so. What started as a love match has since begun to sour, yet there is nothing Lydia can do to free Miles from a marriage she is certain he regrets. The future they had envisioned together is slipping farther and farther away.

Miles Blakeburn is at his wit's end. Not only has he failed to produce an heir to the family's ancient title, his wife has withdrawn from him entirely. The one thing in the world she wants, he has thus far been unable to give her: a child. He is a failure in every regard.

When they happen upon an abandoned baby at the Frost Fair, Miles simply can't resist the light he sees sparked in his wife's eyes as she holds the child. He agrees to take the foundling in until Christmastide is over, when they will find the babe a permanent home. But, for a couple who's been yearning for a baby for years, the infant can't help but expose all the feelings Lydia and Miles have long been trying to bury- feelings that have the power to bring them back together...or estrange them forever.

Note: This book deals with the topic of infertility, which can be triggering for some.

Five Christmas romances and the Frost Fair that started them all. This is the fifth book in the clean and sweet Regency romance Belles of Christmas: Frost Fair series. Although this second-chance romance is a stand-alone novel, the books are best enjoyed when listened to in order.

What listeners say about The Christmas Foundling

Great read about a tough subject. Well written and a lot of feeling to it. I myself have not had the problem in the book but I could imagine what I would have felt if I experienced what the main characters did. Highly recommend this book.

A Tender and Sweet Story

What a beautiful story about a topic and situation near and dear to my heart. I have many close family members and friends who struggle with infertility so I can understand and relate somewhat to Miles and Lydia's situation. But as an adopted child, I know the joy of being able to grow up in a family, like Thomas and Matthew will know. I especially love stories like this one because it makes my heart happy. Excellent writing and fabulous narrator.