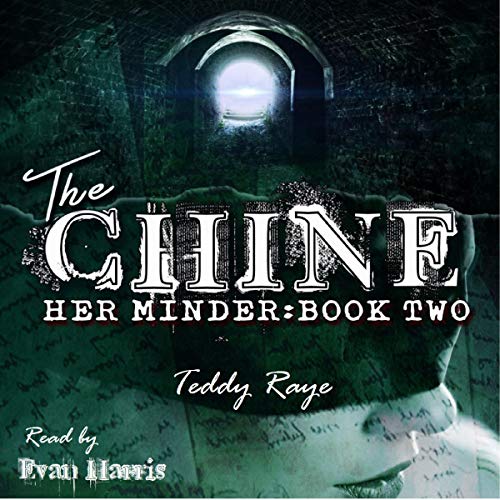 The Chine: Her Minder : Book Two

On April Fool's day, a London cabbie gets a very unusual dispatch. In an exclusive London nightclub catering to kinksters, a dark truth is revealed. A dangerous drug makes the rounds, with deadly effects. To the mysterious branch of MI6 known only as The Agency, these random acts all point to one conclusion: the resurgence of a sinister organisation, preying on the vulnerable and the affluent alike, codenamed Silverbirch.

Sydney, once betrayed and incarcerated because of Silverbirch, has completed her two year hiatus from the Agency and is more than ready to get back in the game. Her Minder, Doctor Dahlra Gar, is not so eager; her old life in "the spy-catching business" is dangerous, but that’s what Sydney does, and she’s good at it. Their friend and lover Elwess Talbert, a renown Dominant in London's exclusive kinkster community, is pulling them in different directions. Can Dahlra maintain his control over the elusive and morally ambiguous Elwess, and still keep his Sydney safe from the collateral damage sure to follow?

What listeners say about The Chine: Her Minder : Book Two

My first review hasn’t show up, so I’m going to try again! This was *absolutely* fabulous. I’m a big fan of the author and the narrator, and they both shine even brighter in The Chine. The narrator is at home with these characters and with the story, and it was a pleasure to listen to this performance. Even the difficult parts of the story were handled with care. Now when I listen for the voice of Elwess or Dahlra when I read the story, it’s the narrator’s characterization that I hear in my head (danggit, and thank you!). The bevy of accents sound spot on, which had to have been no easy feat. Did I mention he sings in the end? (And did I mention it was brilliant?!) The story itself is just beautiful, and exciting, and titillating, and deeply touching. Ack, so hard to review without giving spoilers! Simply put, Teddy has created a cast of characters that are so real, and that you will care for as a reader. I can’t wait to see what happens next.