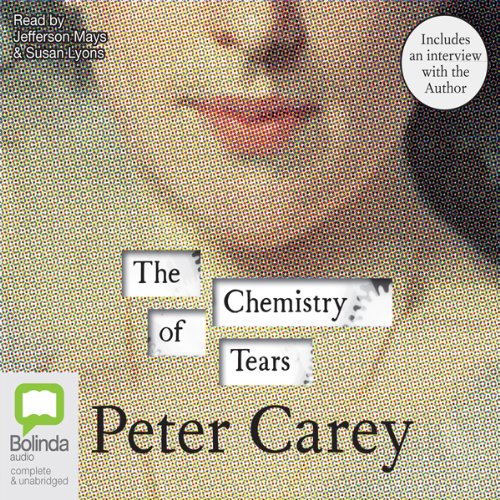 The Chemistry of Tears

When Catherine's secret lover dies suddenly, she has nowhere to turn to except her work. A middle-aged curator in a London museum, Catherine is given a very particular project: a box of intricate clockwork parts that appear to be the remains of a 19th century automaton - a beautifully made mechanical bird. When she discovers the diary of the man who commissioned the machine, she is partially rescued from one obsession by another: who was Henry Brandling, and the mysterious, visionary clockmaker he hired to make a gift for his absent son? And what was the end result that now sits in pieces in her studio?

The Chemistry of Tears is both wildly entertaining and deeply moving, a portrait of love and loss that is simultaneously delicate and anarchic.

What listeners say about The Chemistry of Tears

Quite an unusual novel, but I guess similar events have happened where a woman who is caught in a long term affair is left devastated when her lover suddenly dies. He didn't have the courage to leave his unhappy marriage but conducted a long term affair with a vulnerable woman in secret. She learns she was selected as young woman because of her youth and beauty by a work colleague to be used as a mistress to his friend who chose to remain married to a nasty woman.
It is interestingly interwoven with the story of the making of an antique clock and the behaviour of various characters and their ambitions. Well worth a read.

What disappointed you about The Chemistry of Tears?

As ever the Peter Carey's prose is very good but the story is affected, the characters unpleasant. Frankly it is boring.