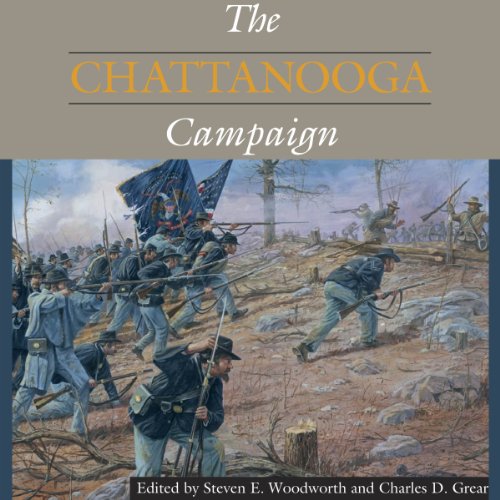 When the Confederates emerged as victors in the Chickamauga Campaign, the Union Army of the Cumberland lay under siege in Chattanooga, with Braxton Bragg's Army of Tennessee on nearby high ground at Missionary Ridge and Lookout Mountain. A win at Chattanooga was essential for the Confederates, both to capitalize on the victory at Chickamauga and to keep control of the gateway to the lower South. Should the Federal troops wrest control of that linchpin, they would cement their control of eastern Tennessee and gain access to the Deep South. In the fall 1863 Chattanooga Campaign, the new head of the western Union armies, Ulysses S. Grant, sought to break the Confederate siege. His success created the opportunity for the Union to start a campaign to capture Atlanta the following spring.

Woodworth's introduction sets the stage for 10 insightful essays that provide new analysis of this crucial campaign. From the Battle of Wauhatchie to the Battle of Chattanooga, the contributors' well-researched and vividly written assessments of both Union and Confederate actions offer a balanced discussion of the complex nature of the campaign and its aftermath. Other essays give fascinating examinations of the reactions to the campaign in northern newspapers and by Confederate soldiers from west of the Mississippi River.

What listeners say about The Chattanooga Campaign