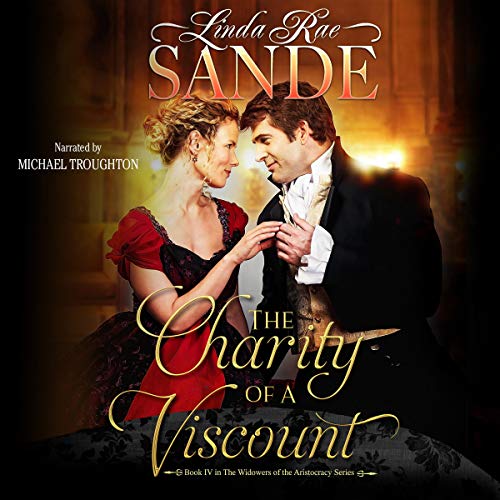 The Charity of a Viscount

What is real and what is fiction when it comes to Marcus Lancaster's life?

An overactive imagination has never been too much of a problem for the viscount. It comes in handy during boring sessions of parliament and keeps the widower entertained on lonely nights when there are no events to attend. Now that his daughter is making her come-out, he is looking to remarry and has set his cap on a widowed countess.

Charity, Countess of Wadsworth, is relieved to be widowed and has no intention of finding another husband - except for others. She has just accepted an offer to become the matchmaker at the charity, "Finding Wives for the Wounded".

Until Lancaster makes a comment about having spent an evening in the gardens with her, Charity has no idea she's a major player in the viscount's daydreams. Her only interaction with him was a waltz! So just how much has this man imagined? He seems to know far too much - including her secret wish. And does he realize it's not about to become reality?

The lines between dreams and real life are about to become blurry in The Charity of a Viscount.

What listeners say about The Charity of a Viscount