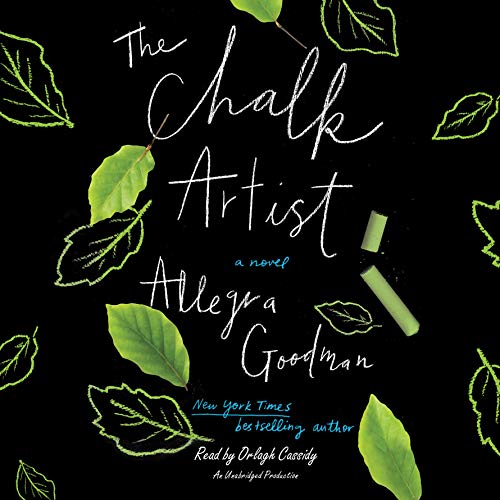 A tender affair and the redemptive power of art are at the core of this compelling novel from National Book Award finalist Allegra Goodman, "a romantic realist who dazzles with wit [and] compassion" (The Wall Street Journal).

Collin James is young, creative, and unhappy. A college dropout, he waits tables and spends his free time beautifying the streets of Cambridge, Massachusetts, with his medium of choice: chalk. Collin's art captivates passersby with its vibrant colors and intricate lines - until the moment he wipes it all away. Nothing in Collin's life is meant to last. Then he meets Nina....

The daughter of a tech mogul who is revolutionizing virtual reality, Nina Lazare is trying to give back as a high school teacher - but her students won't listen to her. When Collin enters her world, he inspires her to think bigger. Nina wants to return the favor - even if it means losing him.

Against this poignant backdrop, Allegra Goodman paints a tableau of students, neighbors, and colleagues: Diana, a teenage girl trying to make herself invisible; her twin brother, Aidan, who's addicted to the games produced by Nina's father; and Daphne, a viral-marketing trickster who unites them all, for better or worse.

Wise, warm, and enchanting, The Chalk Artist is both a finely rendered portrait of modern love and a celebration of all the realms we inhabit: real and imagined, visual and virtual, seemingly independent yet hopelessly tangled.

"Goodman's eighth novel takes place in two skillfully evoked worlds that are at war for the hearts and minds of young people: video games versus education.... A very relevant love story with strong crossover possibilities." ( Kirkus Reviews)
"Richly textured...Goodman probes the meaning and place of art in contemporary culture in her intricate and empathic novel." ( Publishers Weekly)
"What do you do when ambition collides with love? Goodman answers this messy question with nuance in this heartfelt story about class." ( Booklist)

What listeners say about The Chalk Artist

another great novel from a really fine writer

Goodman is a really terrific writer and I have been following her for years. This book has a very well constructed story with interwoven plots involving a teacher, her boyfriend/artist, a virtual reality game, and a high school student addicted to the game. It was a page turner and raises interesting ideas about the forging of relationships both real and imagined, as well as passion, obsession and art.

The concept of the chalk artist was charming, but the rest of this book was a mediocre dive into teenage gaming culture.

I enjoyed the book very much and loved the idea of a chalk artist. I admit to having fast forwarded through much of the gory detail about the video games and their creation. Lots of believable characters.